Part of our training included an olympic distance triathlon for Michiel. 1.5km swim, 40km bike ride and 10km run, back to back. We chose somewhere around 2 hours drive from Barcelona – Deltebre, to do the race, and although it was just for training, it was great to have something like this to work towards and be under race conditions.

As the day got closer, the weather forecast got worse. Rain and strong winds expected. We presumed that as it was April, in Spain, we would have a chance of it being sunny. How wrong were we. On the drive down, we had our usual positive chats about this being just training, and not to get too caught up in the race mentality, no pressure, no pressure. 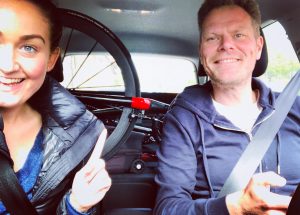 An early night, the usual race day breakfast of slow release carbs and fruit, and Michiel was ready! 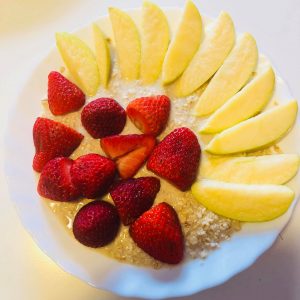 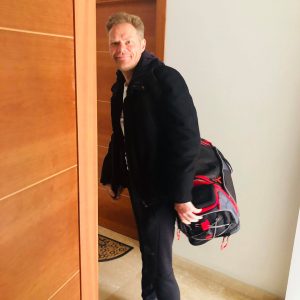 Briefing first – of course in the fastest Spanish known to man, with some catalan thrown in for good measure. We got the gist. A few jokes about the weather later, and a lot of worried faces, it was time to walk to the starting point of the swim. 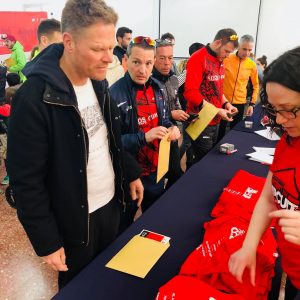 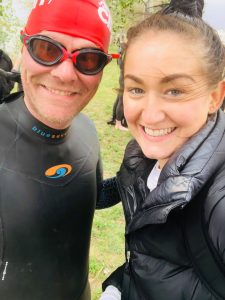 Even on the walk, the wind was battering us, making it hard to even walk straight, let alone swim. The water was choppy, and you could see the current swirling all around. Even the more experienced triathletes looked terrified today. 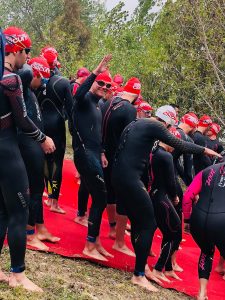 Ready, set, go. It was time. I cheered Michiel into the water, and instantly knew something wasn’t right. The look on his face of sheer panic, and lack of control. The waves hit his face hard, the wind was swirling around and the water was freezing. Panic mode had set in. 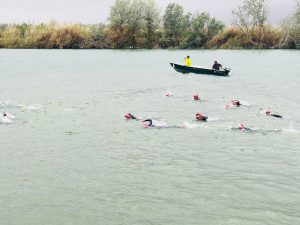 Luckily, the swim was down a river, so I could shout to Michiel, and communicate the whole time. I could see his swim suit had seized up at his neck, making it hard for him to breathe. 2 minutes in, with a look of desperation, he shouted to me ‘Holly, I can’t do this’. 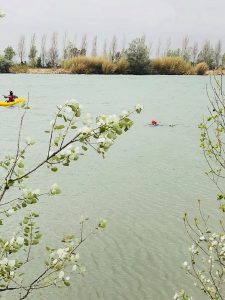 At this point, I had helped 3 people out of the water myself. Experienced athletes, crying and shocked at the terrible conditions. All along the river, and on the jet skies that circled the swimmers, there were people being pulled out. I knew this was just training for Michiel, it didn’t matter so much, but I also knew what this would do to his mentality if he pulled out now. I had to hold it together for him, and get him through it. ‘You can do this Michiel, I promise, just keep moving, kick those legs, undue your wetsuit at the top, just keep moving’. It worked. With every metre he swam, I cheered even more, ‘You’re doing it, you’re doing it’! I even decided to walk into 2 trees because I was so fixated on him in the water. Finally the end was near. He climbed out of the water, and in a daze, walked towards his bike for the next part – biking. The wind was now howling, trees were bending over, it was hard to even stand, let alone bike against it. He started biking, and I cheered him off, making sure he was ok enough to carry on. 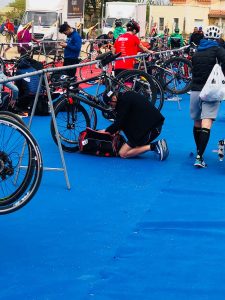 The first part of the biking Michiel hit speeds of 50kph, with the wind behind him, but on the way back, the wind was against him. A tough course. One he couldn’t wait to finish. 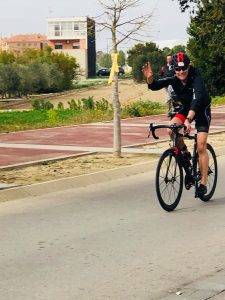 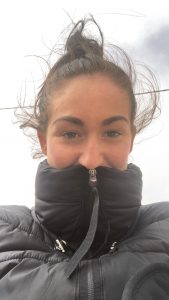 Even for us spectators, the wind was tough!

Finally, the running. 10km. The swim completely exhausted Michiel, mentally and physically, so it was clear to see from the moment he got out of the water, to now, just how tired he was. Under normal circumstances, I know he could have been faster, but right now, I just wanted him to keep going, and carry on. This was his test now. The biggest thing he has done since the accident last year. He can do this. 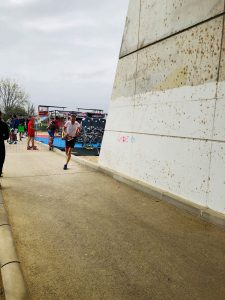 Finally, against the terrible weather and conditions, he made it to the finish line! An emotional end for both of us. To see him be able to do this, against all the odds, when just 7 months ago he was fighting for his life, is truly monumental. What a hero! Incredible effort, and a super relieved Michiel (& Holly!)! 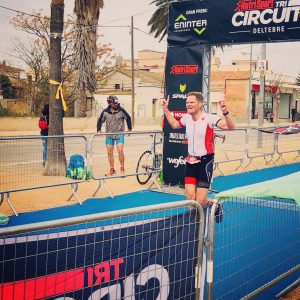 We have learnt a lot from our olympic distance training day, and it has allowed me to make the perfect training plan before the half distance Ironman (2km swim, 90km bike, 22km run) in June!

Time for the well earned (after stretching) beer! 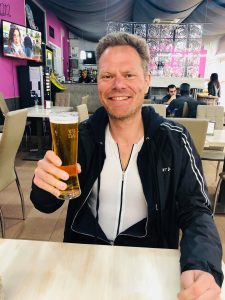