The Journey to Casa Albets

A 2 hour drive out of Barcelona, hidden away in the deep countryside, far from any towns, noise, lights, crowds – lies the beautiful Casa Albets hotel. 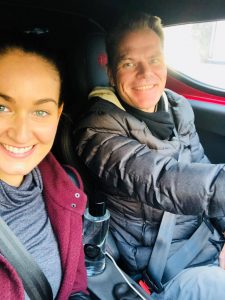 Now, I want to go on to tell you all about the great staff, the hotel itself, and of course the food, but I need to tell you about our, lets say, adventurous journey to even get there.

The story begins with us driving blissfully over the Catalonian mountains, in Michiel’s incredible car, the Alfa Romeo 4C. We stopped, ate our leftover sushi (like you do), had a walk in the autumnal landscape, and we were around 30 minutes from the hotel at this point. 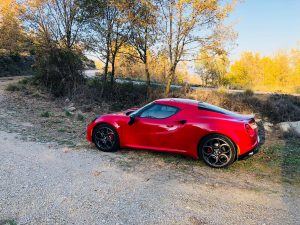 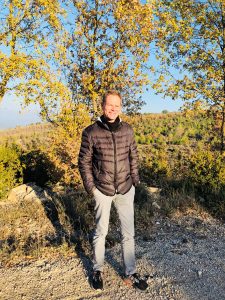 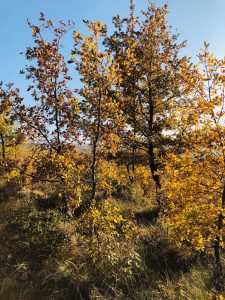 So nice to take walks in the fresh air! 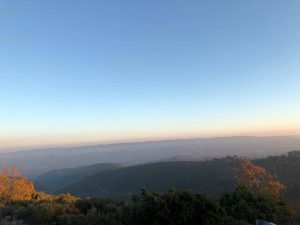 Off we went, planning to check in, see our rooms, enjoy the surroundings a little before sunset, and eat dinner.

So, the website DOES say to pre load the map they give you into google. Ah well, we still have signal we thought, who pre loads in 2017? Turns out, it’s not because of the signal, but because Google actually gives you the completely wrong route. Through the woods. 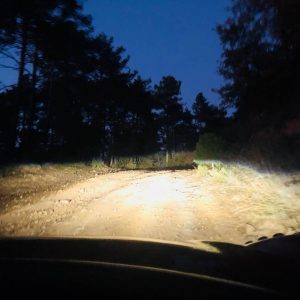 Little did we know this was the last bit of road..

Now, as fancy and nice as said car is, it is not built for off road driving in the slightest. Going at 1kph, me walking in front of the car with a torch, trying to turn around (and failing), hoping we weren’t scratching the car. We had no choice but to leave it. Yes. Middle of the woods. We left a note with it. 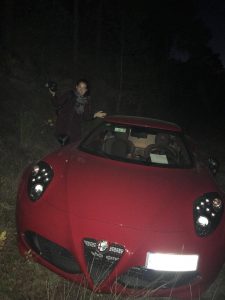 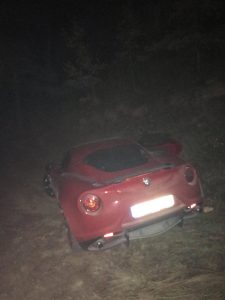 Now it was really dark. No lights whatsoever. Couldn’t see a thing. We were now on foot, with no idea when we would see the car again. Or humans. Or civilisation. But, we did have the important conversation about leaving the sushi in the boot all night – should we? Shouldn’t we? We did.

We also left a note on the dashboard for anyone who came across the car, and started our expedition through the steep treacherous forest. I of course had read an article about wild bores and how aggressive they are in this part of Spain just a few days before.

30 minutes later, after hiking in the pitch black, we saw lights. THE CASA! Finally. Our near death experience was over. 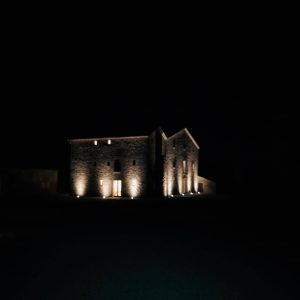 After checking in, and having a lovely tour of the hotel, we were taken to our rooms. We mentioned that the car was still in the woods, and the lovely woman got the owner of the hotel Joel, to come speak to us. He came, and said he would prefer to go and collect the car with us right now. Our intelligent minds had dropped a pin in the maps so we could find it back. He knew the woods well and knew exactly what we had done wrong. We found the car, felt a bit stupid, and followed Joel back to the hotel. Finally. Car and us checked in. Phew. Thanks Joel!

Now, onto the actual review…