A great 10km run to take part in Barcelona is the famous Bomberos. It’s dedicated to the firemen (bomberos) of the city, who actually complete the race in their full fire gear! As you head to the finish line with hundreds of others, the music starts thumping and everyone has a smile! During the route thousands of people gather the streets and applaud (mostly for the firemen, but it’s nice to pretend it was for me too…) It is so well organised, which after taking part in lots that aren’t, you appreciate these things! 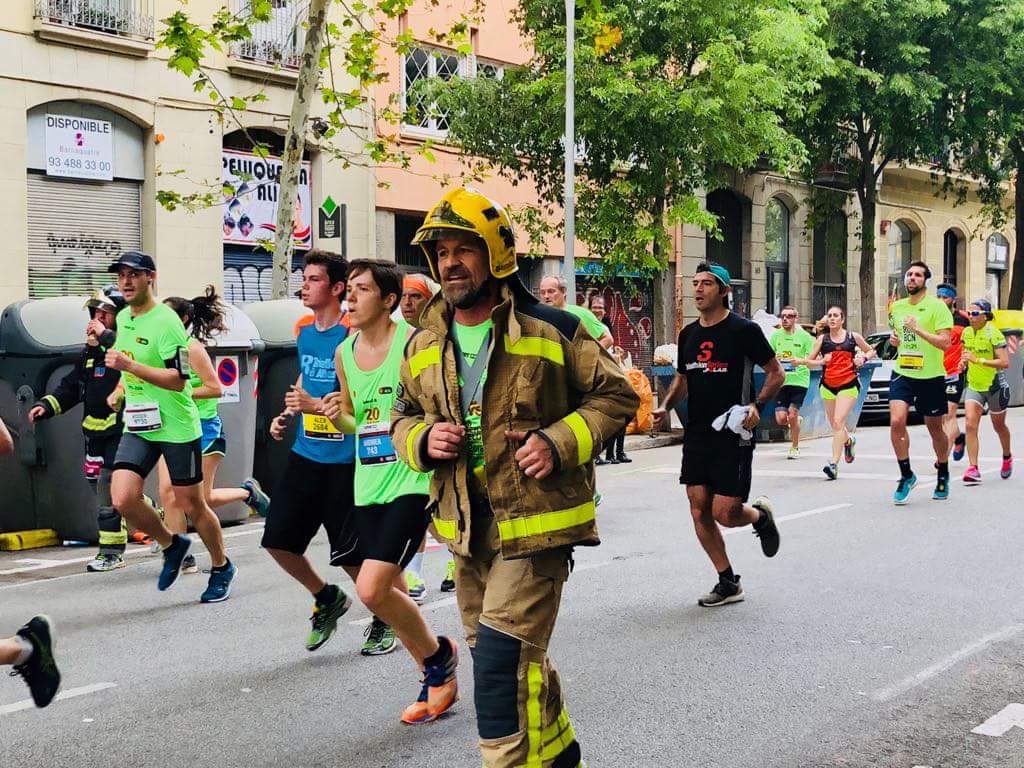 The “Bomberos” – firemen of Barcelona running the 10k in full gear!

My first race EVER, exactly 1,5 years ago was the Bomberos. I liked it so much, that the same day was the day I decided to embark on my Ironman adventure and signed up! A lot happened since, and it was very special to be at the Bomberos start line again. It felt like the first race all over again – the buzz was truly wonderful! 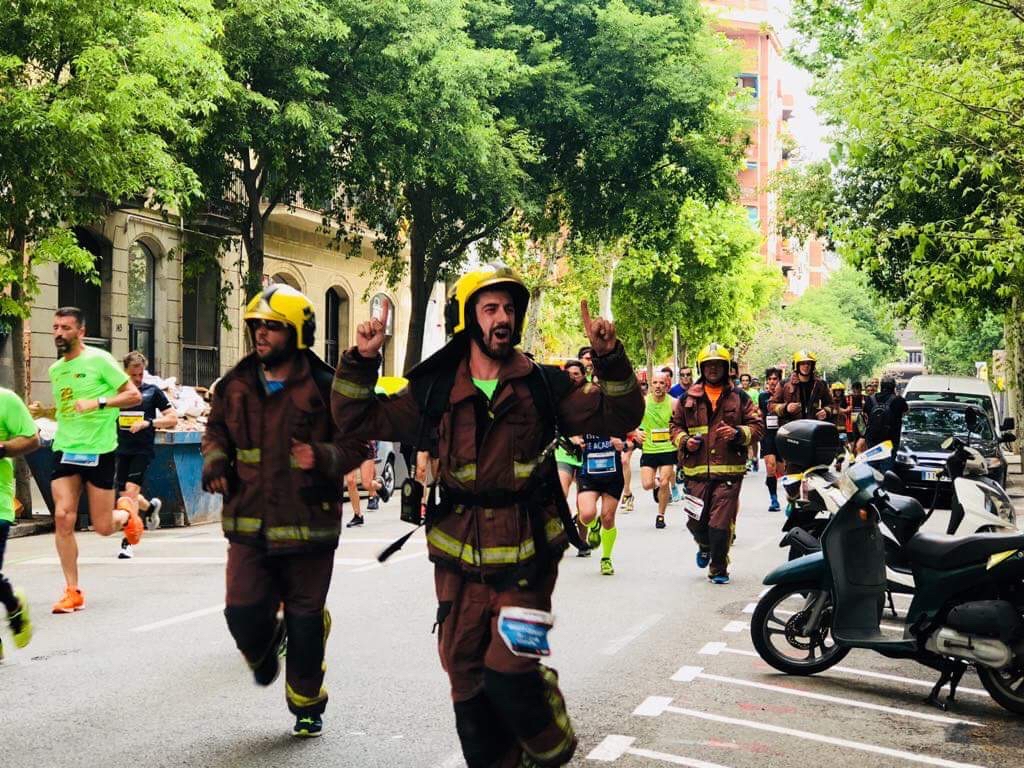 Luckily there were no fires that day with all the Bomberos racing!

The usual protocol the day before was to go and collect the number & chip. It was a bit chaotic, but in the end I got my chosen number (1062 – it must be lucky somewhere right?), and everyone got a nice yellow race t-shirt. You won’t lose us that’s for sure. The goodie bag contained only vegan products too, which was a surprise, and a great step forward compared to last time! 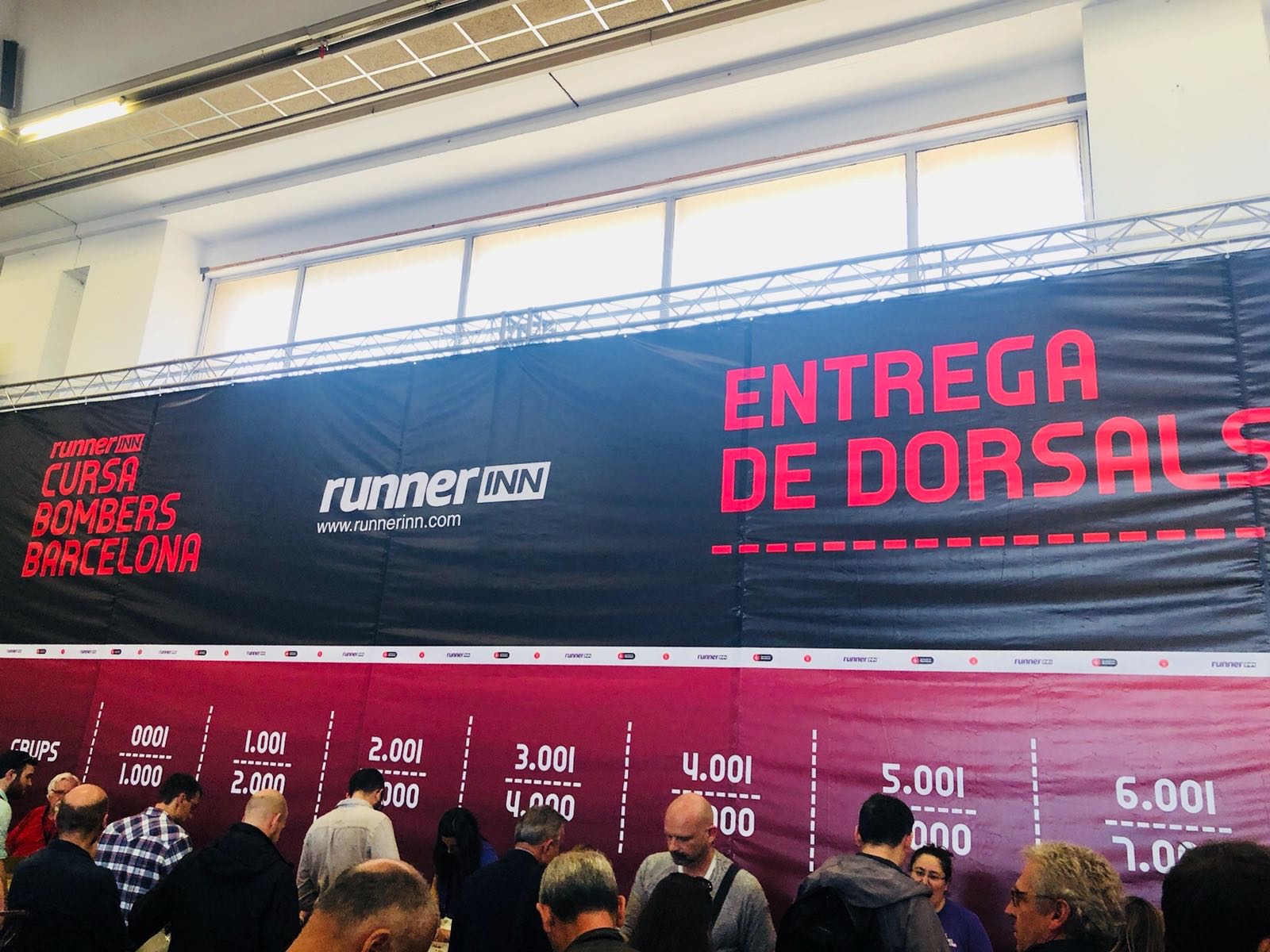 Of course I ended up in the longest line… 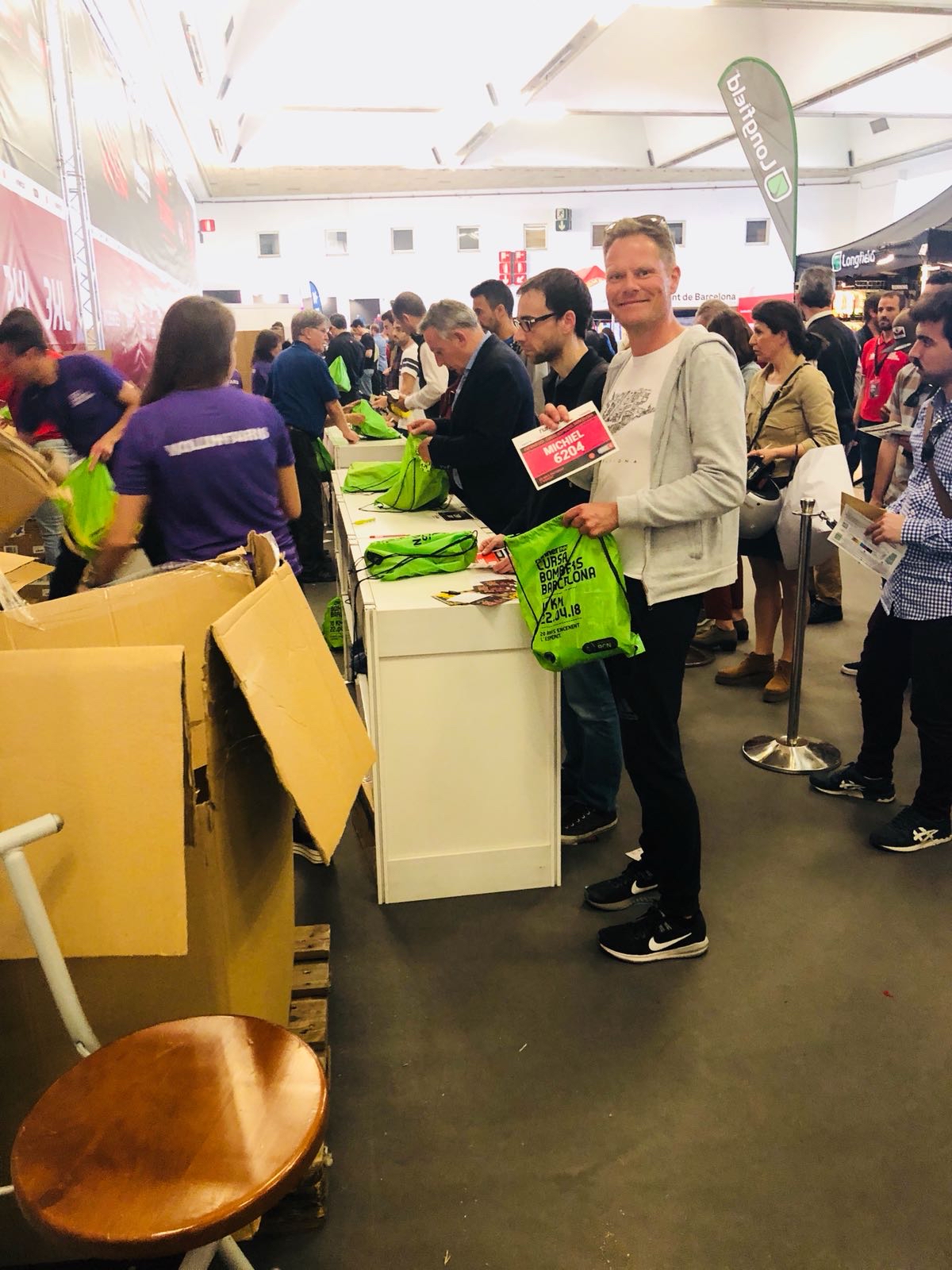 Number 6204 and a useful goodie bag for once! 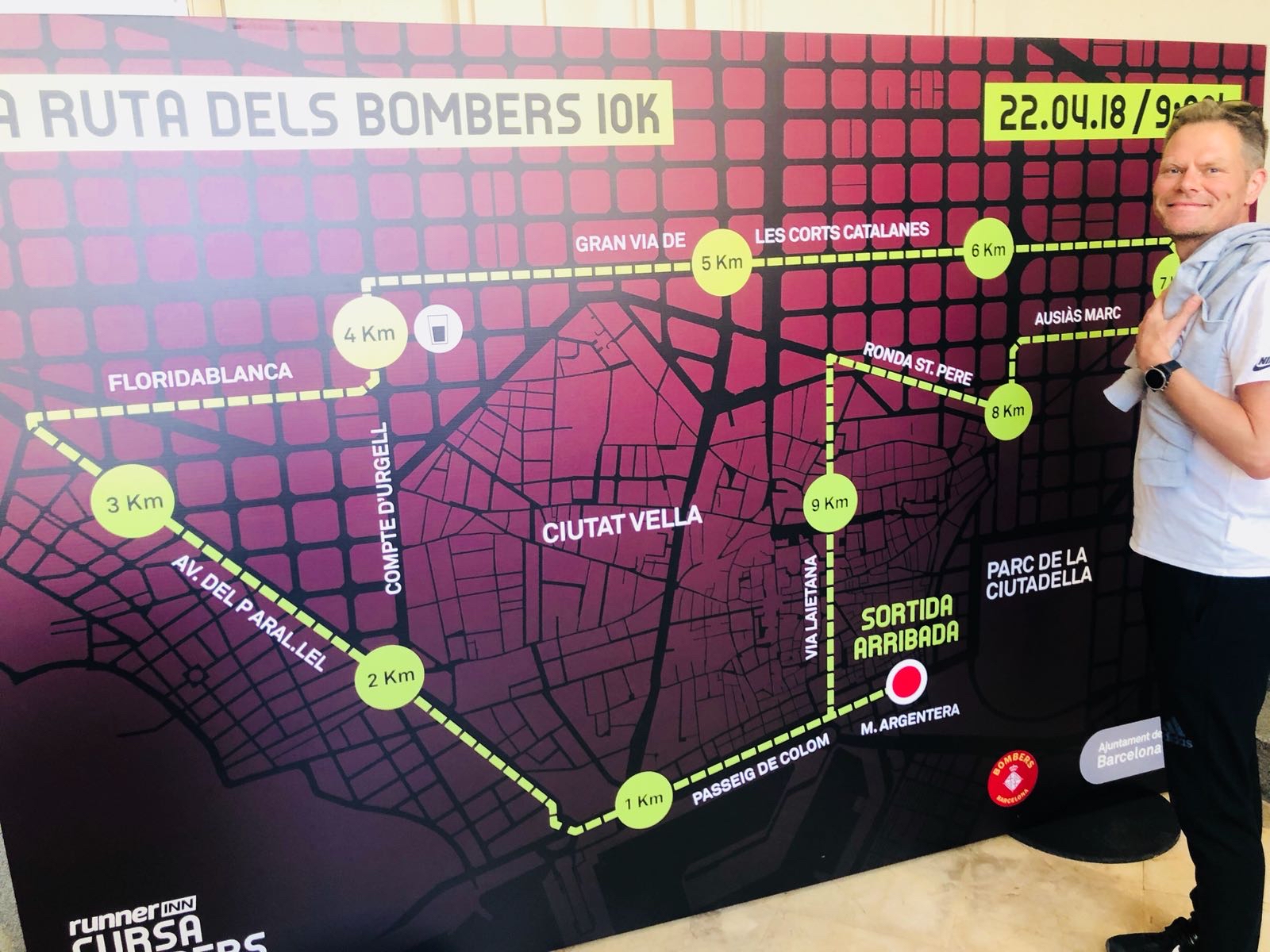 No need for a SatNav, I’ve studied the route and have it covered!

RACE DAY!
My goal was to do the 10K in 55 minutes. In 2016 I did it in 58 minutes, my personal record so far! The sun was shining, Holly helped me stretching, motivated me, and there I went! In the 55 minute area – ready to run like the wind. 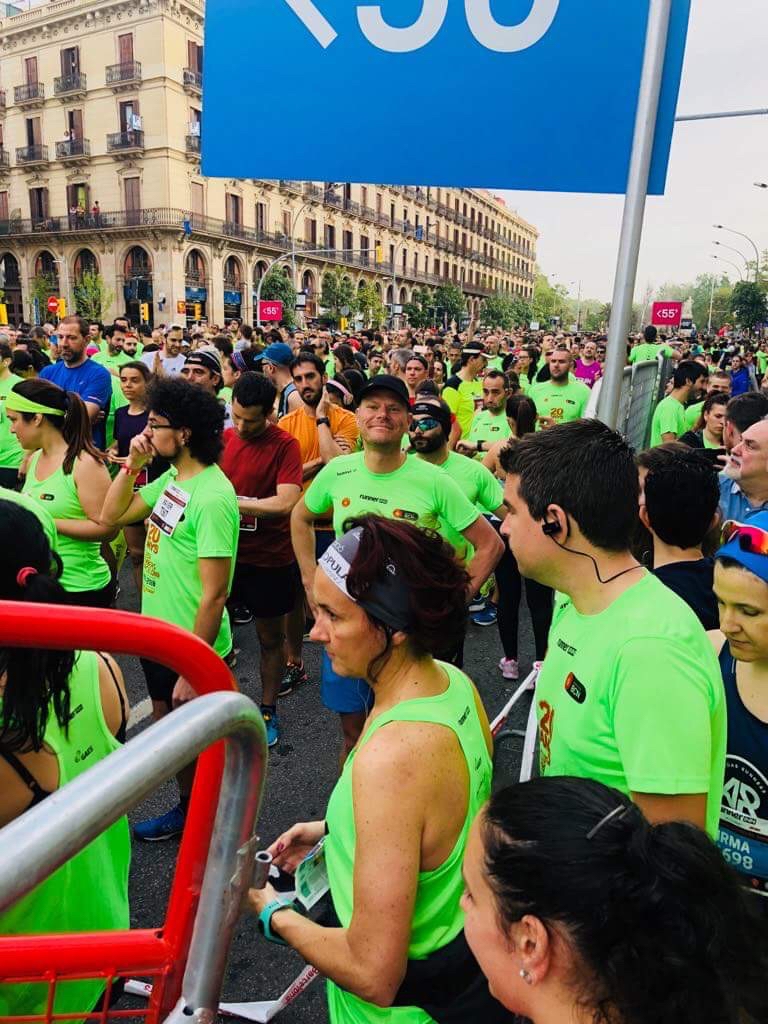 Waiting. Somehow everyone came in the same t-shirt that day.

The race in one word: amazing! I was running much faster than I had expected, I passed a lot of people and did not really feel tired at all. Only after 8 kilometres, I felt I needed some energy and had a gel. That kicked in at 9k, so the last km was a very fast one indeed…

A sprint to the finish line and there it was, my fastest 10k ever! My time: just under 53 minutes! I was so happy and relieved, I even felt a bit emotional.

In Spain you don’t get a medal after races like this (disappointing!), so I walked away with an apple, a bottle of water and a very satisfied feeling! Thank you, Bomberos! Great day! 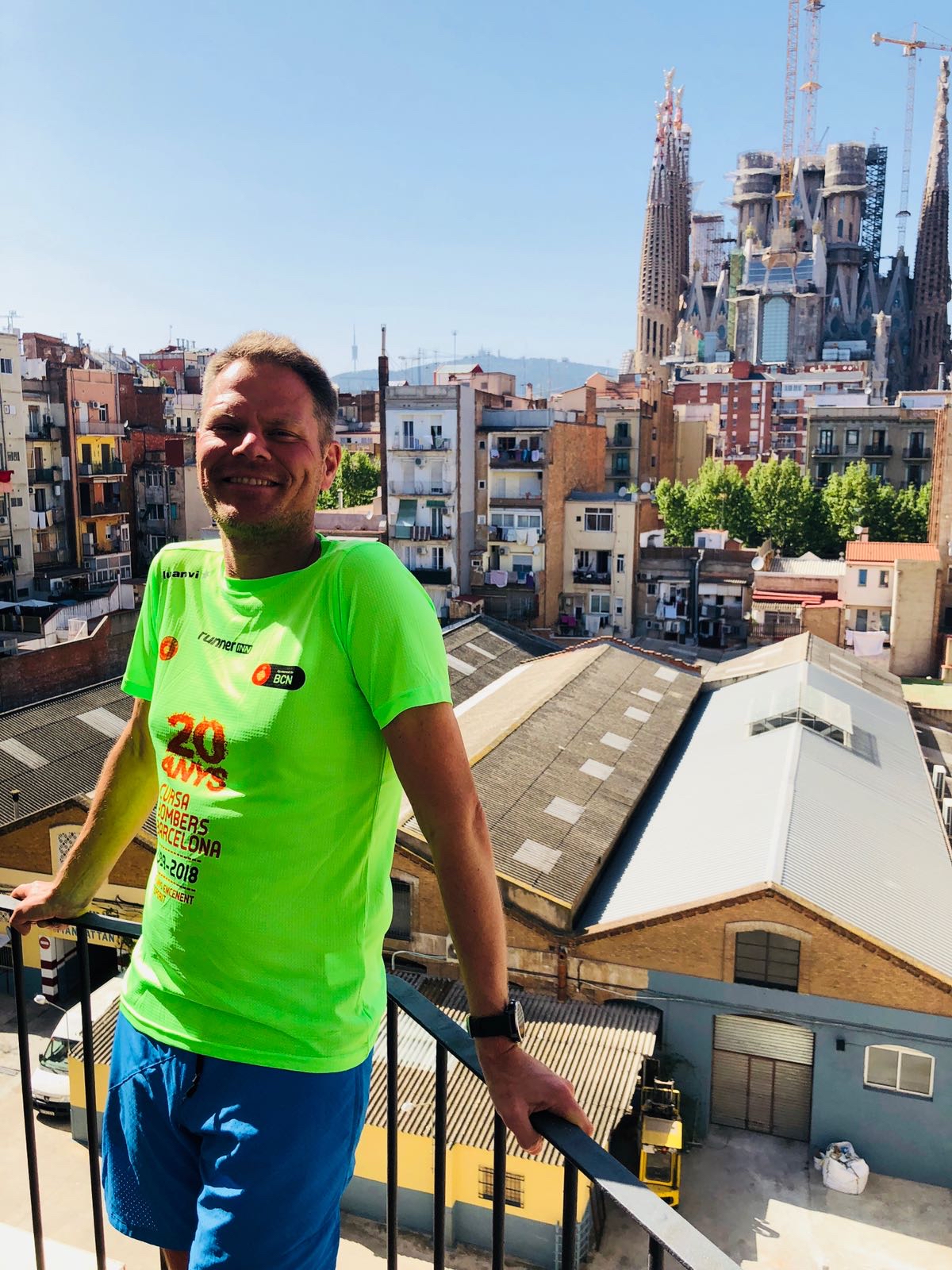 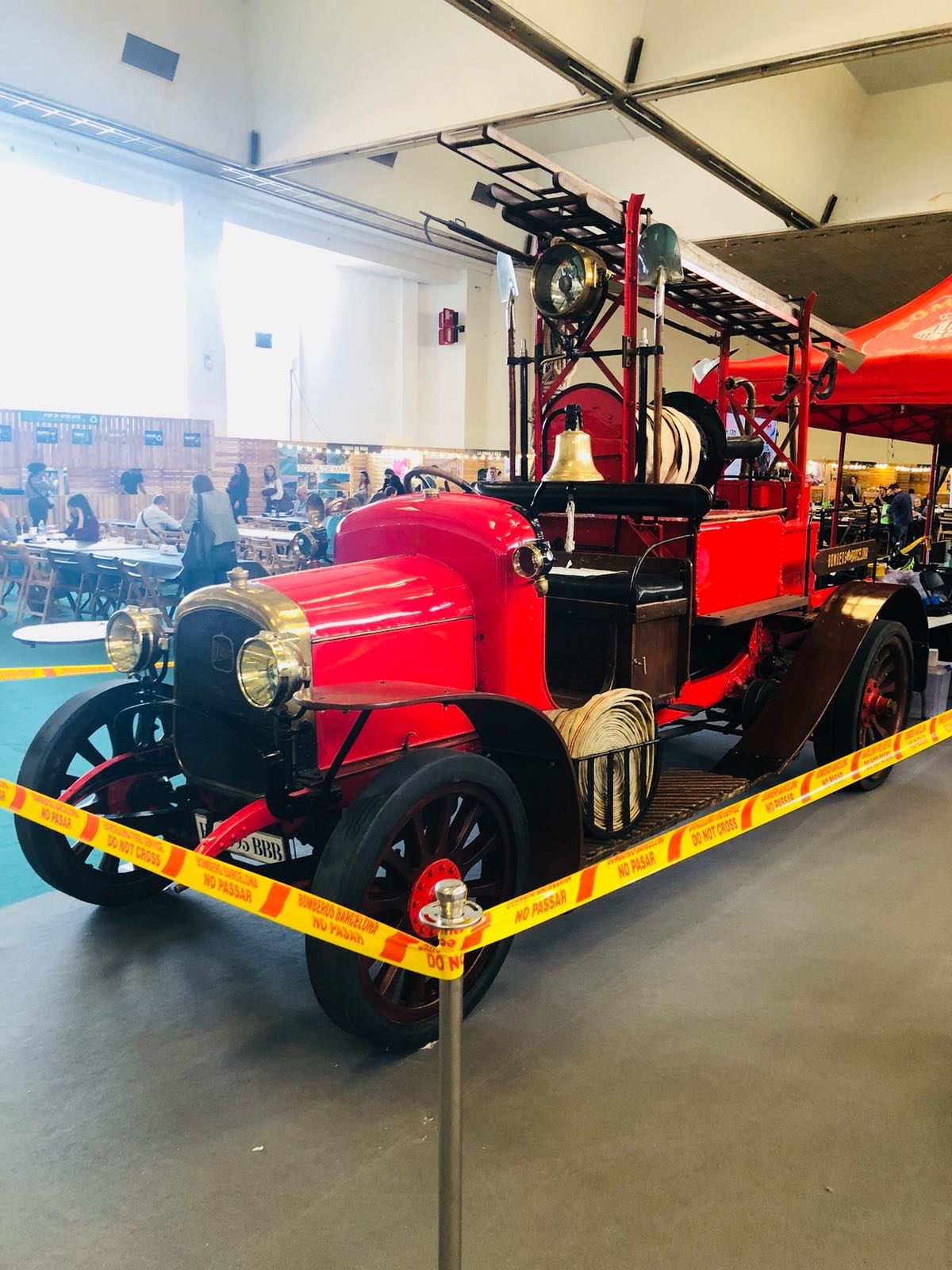 Again, luckily there were no fires that day, with this fire engine.