The leaders of North Korea – the Kim family, were everywhere. I mean everywhere. Every magazine and newspaper was based on them, a weekly magazine on Kim Jong Un (the current leader) visiting factories, helping orphans, always referred to as ‘our Great Leader’. 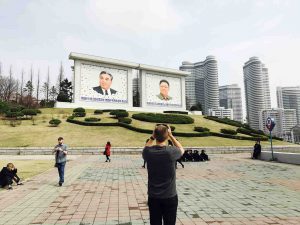 There are pictures of the late Kims in every room, wall, even on the metro, parks, statues, pins on peoples’ clothing, buses – we didn’t go a 10 steps without seeing their two faces. 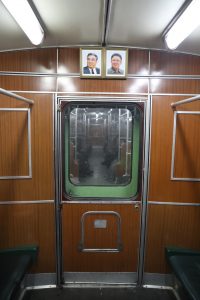 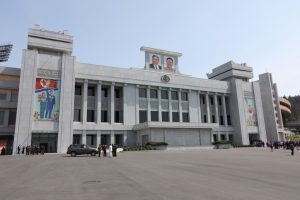 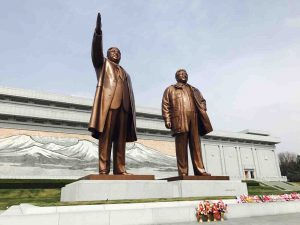 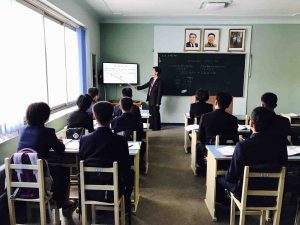 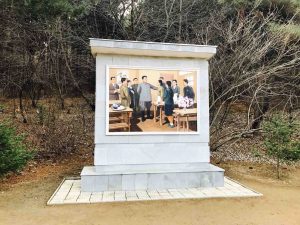 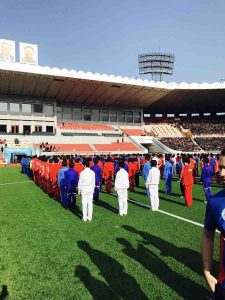 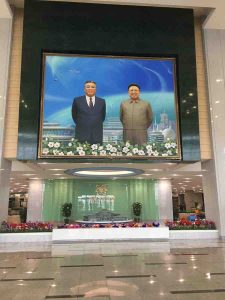 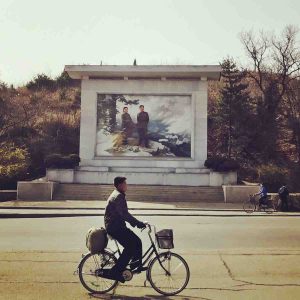 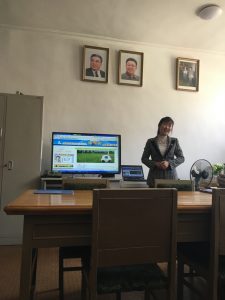 Every time we came across a statue or picture, we had to bow for 3 seconds to honour and respect them, along with the locals. Every square had practice celebrations, where they were practising their cheering, clapping and marching. They are preparing to mark the 105th birth anniversary of founder, Kim Il-Sung, next Saturday. 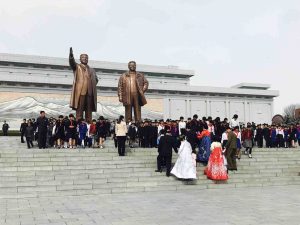 The souvenir shops sold badges, propaganda posters, bible style books on them, even a ‘inspirational quotes’ book. When Kim Jung Un is on television, you can see everyone around him going crazy, trying to touch him, smile at him, wave at him, and military with notepads writing down what he says. 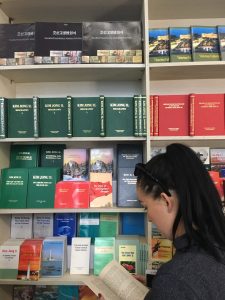 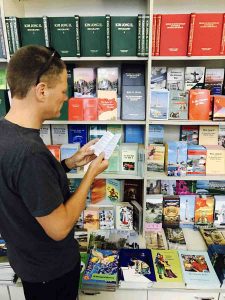 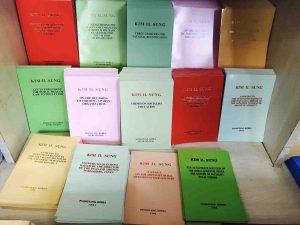 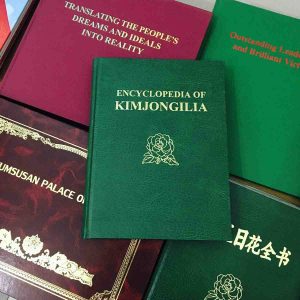 We were warned numerous times not to disrespect the great leaders by mocking them, saying anything bad about them, or even folding a paper with them on. We could not ‘cut’ their body off in any way, and even photos had to be taken respectfully, with the guides often checking that we had their full frame in the photograph. 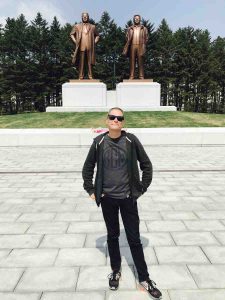 It seemed like the people all truly believe in their ‘Great Leaders’.