A must see when in North Korea, they said. So we went to the DMZ, DeMilitarized Zone, the border between the North and the South of Korea. Where ideologies meet. Enemy neighbours. The South plays Rihanna to the North site as loud as they can. The North replies with marching music. And they look at each other.

The zone consists of a few buildings in the middle where talks are held between the countries, with a concrete line in the middle. And a big building on each site for the military and the tourists. 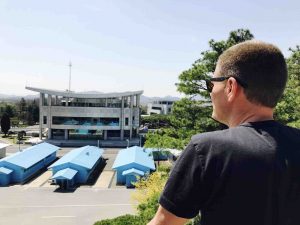 We did what all tourists do, stare at the other site, make a group photo, check if our phones have reception. And buy souvenirs. It was weird, something so serious, turned into a tourist attraction. 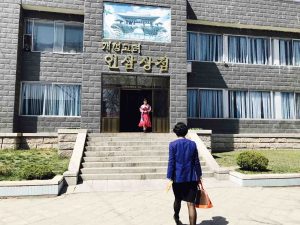 We did get a tour with information from a proud general, he was very serious about his country’s views of things that happened and should happen. They were the opposite views of the rest of the world. 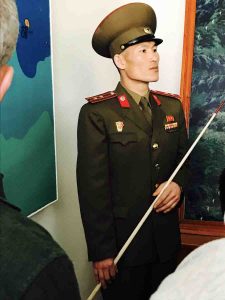 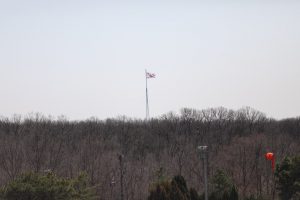 So close yet so far. The other side…

The current news events suggest otherwise, but I hope one day they can sort their differences and be good neighbours again, after all they used to be one not so long ago. 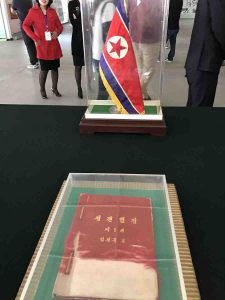