Most people who come to Iceland talk about the Golden Circle. A round trip not too far from Reykjavik, covering around 300km to see three magical natural wonders. Let’s go! 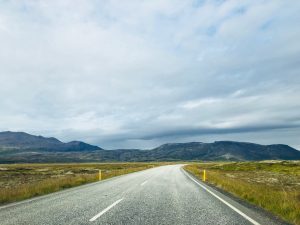 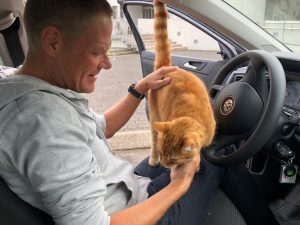 We even found this cat on the way! He jumped right into the car! I wanted to take him with us. Michiel said no.

The first: Þingvellir (you say those weird P’s as TH, so pronounced ‘Thingvellir’) National Park is an amazing site, steeped in history and folklore, and surrounded by incredible geology, it truly felt untouched, nobody can camp here, and no houses or settlements. It is the first of Iceland’s three national parks to be established, and it is the only one that is also a Unesco World Heritage Site. It is situated directly between the North American and Eurasian tectonic plates, in the rift valley that runs all the way through Iceland. This is the only country where this valley can be seen above sea level. Cool! Although there were so many tourists at the most visible part of the rift, we saw so much when we were driving, and stopped at the less busy locations to admire the impressive crack in the earth. 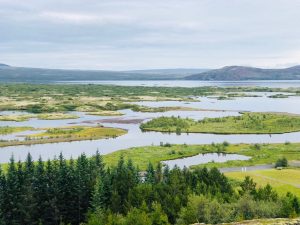 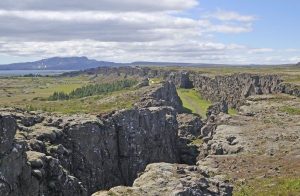 Next up: Geysir Geothermal Area. It is about 40 minutes driving from Þingvellir, and en route, it is possible to see the volcanic activity of the earth grow more and more intense. We saw the Geysir’s shooting in the air from the car! We went to explore, and it was super impressive! 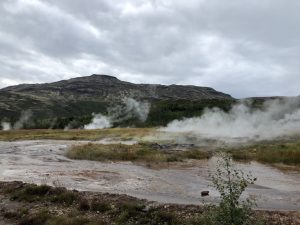 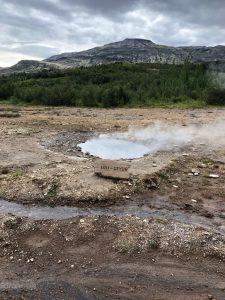 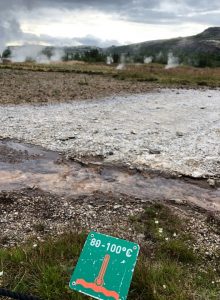 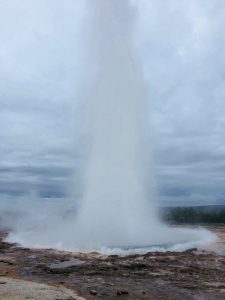 Geysers are a rare natural phenomenon, and the locals even wanted to make it go off more in the 80’s. They had the idea to put SOAP inside some of the geysirs to make them react more frequently… luckily, this was banned in 1990, and now they are protected. It was funny to see some people waiting so patiently with their phones ready to get the moment the biggest Geysir erupted (around every 5 minutes). 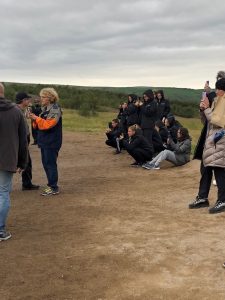 The last stop on the Golden Circle, one of the most spectacular waterfalls in Iceland, Gullfoss. Located in a plunging, ancient valley, this super powerful falls tumbles down two drops, from an overall height of 32 metres. What a waterfall! It was amazing! 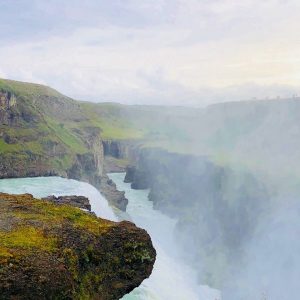 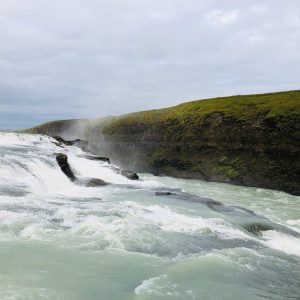 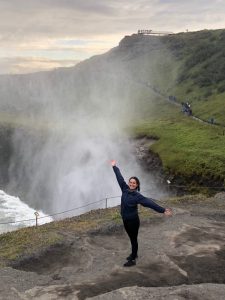 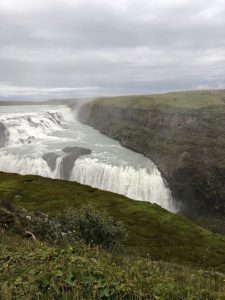 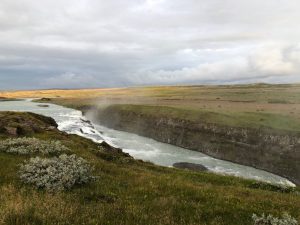 Awesome views all around, well worth a visit! Iceland – we love you already!

Time to rest our heads, we found this gorgeous cabin in the woods, which had its own hot thermal tub too! Although the water smells like rotten egg from all the volcanic sulphur – do they not know we are vegan!? 🙂 It was a beautiful place to stay! 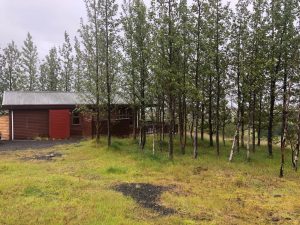 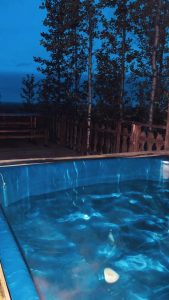