We organised a trip to Chobe National Park – a game reserve that is 11,700 km², and packed full of incredible sights. As the animals were more used to game drivers and people, they came very close to us, and our guide N-Jay knew exactly the best spots to watch the animals. 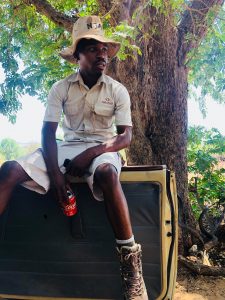 He showed us the borders of Zimbabwe and Namibia, we learnt about the differences, animals and all the nature here that flourishes, due to no poaching and being a protected area. 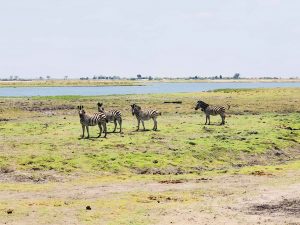 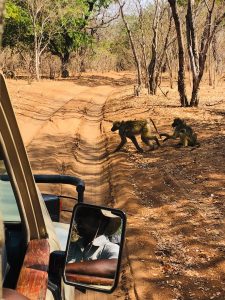 As we drove along the shoreline, the sight we had wanted to see for so long, a beautiful family of LIONS! 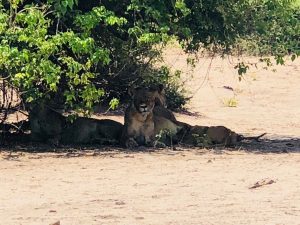 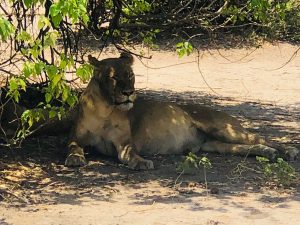 I cried when I saw them. I don’t know why, but I am so obsessed with lions, and this was just overwhelming!!!

Lay under a tree, shaded from the sun, mama and her cubs, all with full stomachs. As we looked further, we noticed a dead elephant was the reason they were in the area and full of food. Being eaten by a lot of vultures and other animals, it wasn’t the first we would see today. Both deceased elephants died from anthrax, from the water source. This was a big problem in Chobe in 2004, where hundreds of elephants, buffalo and hippos died. Now, N-Jay tells us that it is under control, but still takes some of the big mammals here from time to time. 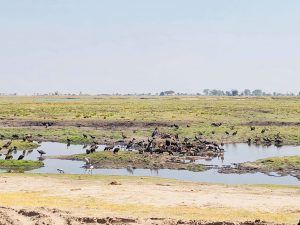 The dead elephant and vultures

The park is widely known for its spectacular elephant population: It contains an estimated 50,000 elephants, perhaps the highest elephant concentration of Africa, and part of the largest continuous surviving elephant population! When I say we must have seen 100s, I would be underestimating! There were so many, everywhere! I love them! 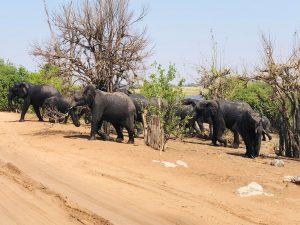 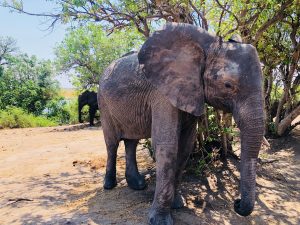 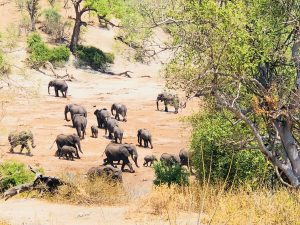 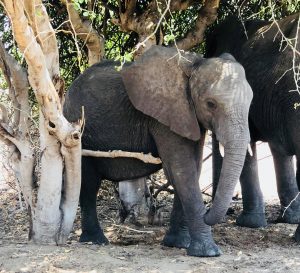 After lunch in a beautiful lodge overlooking the famous Chobe river, it was time to really see it, by boat! 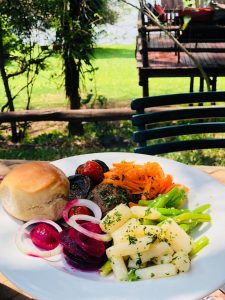 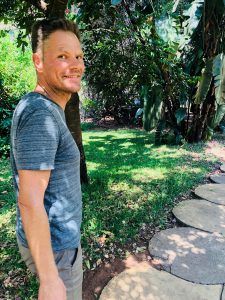 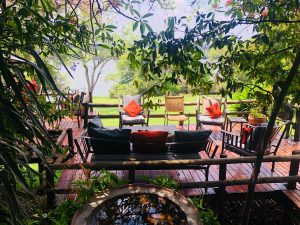 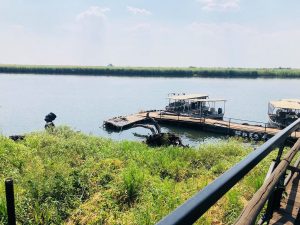 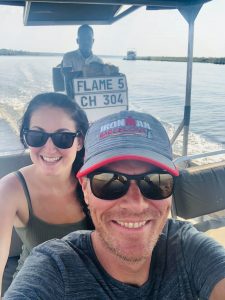 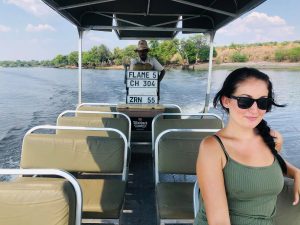 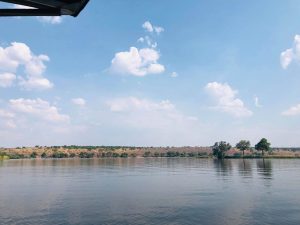 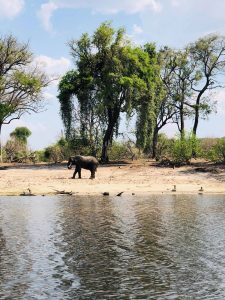 N-Jay took us into the river, and we sat floating and checking out the animals around us.

Hippopotamus’s came so close to us, crocodiles sauntered on the banking, and we spotted the next dead elephant. So many animals fed off of it, with crocodiles, vultures, huge birds all getting their lunch from the elephant carcass. The smell was vile, so it wasn’t long before we asked N-Jay to drive us away from it on the boat. 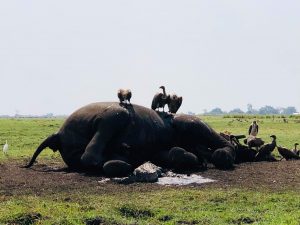 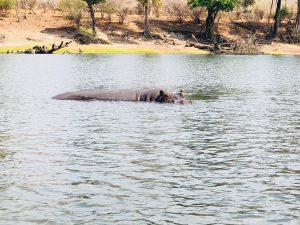 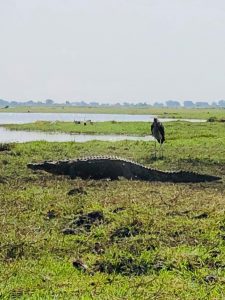 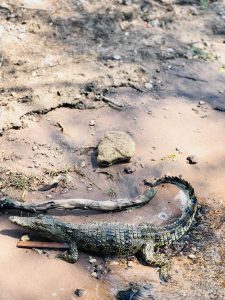 So much beauty, so many cool animals, a great experience in Chobe National Park!