Each drive here in Botswana felt like a whole new experience. We love to sleep, but every day felt so exciting to get up, grab a coffee and jump on the truck for a new wild adventure at 6am! Pandamatenga, the area we were staying in, is a village in North-West District, Botswana. It is so close to the country’s border with Zimbabwe, whose border post is known as Mpandamatenga. It was just divided by small white poles in the ground. 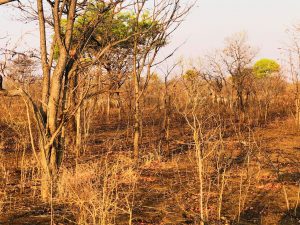 The animals here were a little more timid than we had experienced before, as the area was popular with poachers. Thankfully, they have a big division now against poaching, and even have drones circling the area sometimes to spot anyone who may be breaking the law.

Spotting animals became my new number one thing to do. I actually became quite good at it! Michiel too, although at first I had to point out the animals 4-20 times before he could actually see it. We were now professionals! We even had another encounter with Michiel’s favourite animal, the buffalo. Who circled our truck. Luckily we survived this too. 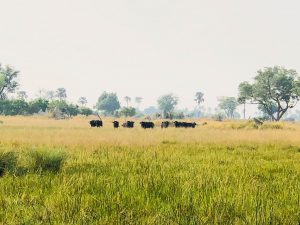 The first time we went out, it rained for the first time this season! How special! The smell in the air was so fresh, and it felt amazing to feel the cool water on our face as we were in the safari truck! 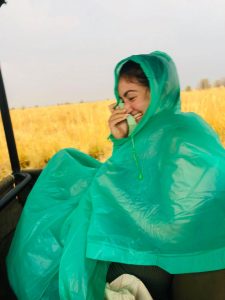 They told us to dress in neutral colours for the drives. I found it hilarious that they then gave us the brightest raincoats ever! 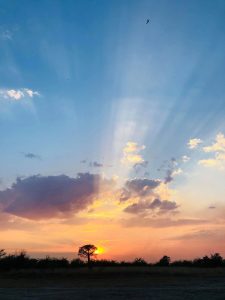 I was lucky enough to spend time in South Africa when I was younger, with family who live there. I fell in love with everything African then, which is where I got my expert spotting from (expert may be exaggerating slightly). This trip meant so much to me, to be able to be in that environment again, and I couldn’t resist to recreate this photo! Little Holly & Big Holly… 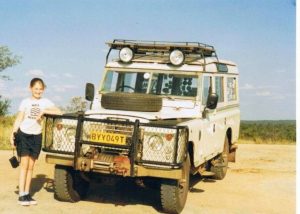 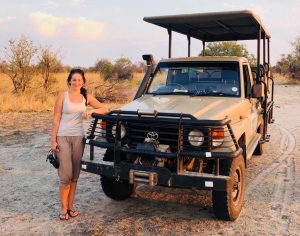 On our way back from one of our drives, we experienced an electric thunderstorm, with bush fires on one side, and lightening on the other! It was such a crazy intense experienced as we raced across the dirt paths, with electricity all around – incredible! 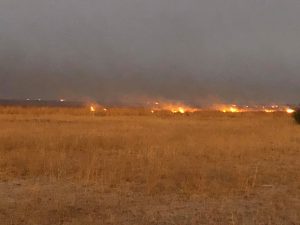 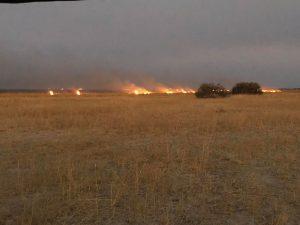 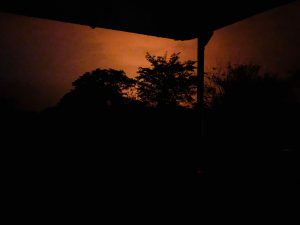 Bush fires are usually natural here, because of the heat, and actual play a big part of renewal for the ground for fresh bush and grass to grow. Sometimes they are started by humans too, and can get out of control quickly. These fires were on the Zimbabwe border, spilling into Botswana. 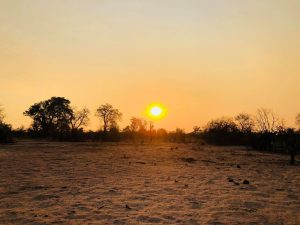 Walking Safari in the Delta