Tweets by grainagain
Home » Chile » On the road!
Chile Travel

Pick up truck fully loaded, & we started to head north to the Atacama desert, we are using Chile Route 5 known locally as Ruta 5. It is Chile’s longest route, 3,364 kilometres long and forms part of the Pan-American Highway. Beautiful mountains and beaches surrounded the drive, which was really incredible to see on the drive. 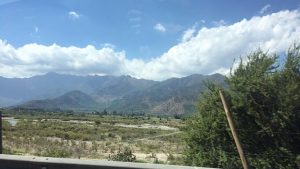 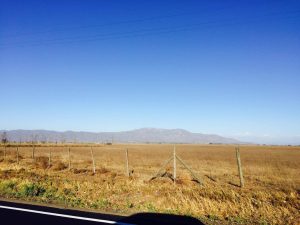 After a few hours driving, we made a stop to get in some fresh sea air and have stretch out our legs. The beaches here are amazing – white powdery sand (which are a killer to run on, as Michiel is about to experience…) and gorgeous sea, usually crashing up against the rocks. Spectacular! 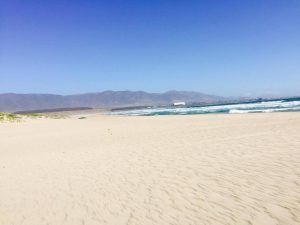 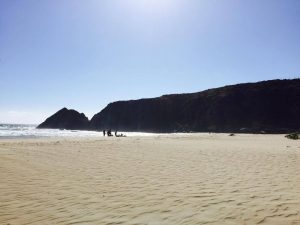 We had a planned stop in La Serena, which is the capital of the Coquimbo region on Chile’s coast. The city is well known for its long beaches & beautiful mountain scenery. The late-Renaissance Iglesia de San Francisco is one of many churches dominating the skyline – which we could see from a distance on the drive into the city. There is a great route here for biking, although not very long, Michiel is going to be trying his new bike out here! 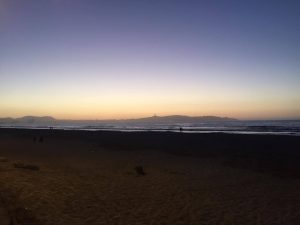