Phuket is known for its idyllic islands. It is actually a large island itself, with a crossing onto the mainland in the North. We wanted to see a smaller island off the coast, because, well, we were here. But, you know us by now, we didn’t want the million tourists getting drunk on said island…

I did some research, and from all accounts, the Similan Islands were one of the quietist. I booked us onto a tour that included snorkelling, (sea training!) and we hopefully set off!

The tour was booked through Khao Lak Explorer. After a 2 hour drive from Phuket, we arrived in Koh Lak, and boarded the speed boat to the Similan Islands.

It comprises of 9 islands, and classed as a national park, similan meaning 9 in Thai. Humans are allowed on 4 of those, because rightly so, the others are part of the turtle conservation programme here, which restricts entry and boats. 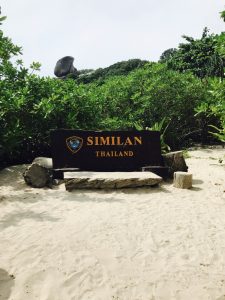 90 minutes later, we were shown the first island, and WOW. It didn’t disappoint. Turquoise water, powder soft white beach, palm trees – exactly how you would imagine an island like this. The water was so warm, and the sun was making it glisten like crystals! 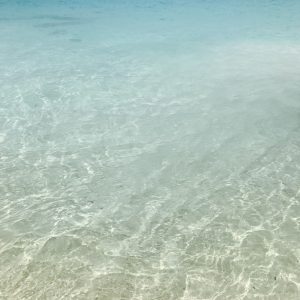 The only issue – SO many people. Of course we kind of expected it, but it was such an organised group of tour boats, everyone taking a selfie in the same place, everyone doing the same pose, everyone wowing at the same moments – it felt a little bit orchestrated, which for us, took the magic of what this place could be. We are spoilt, for sure. 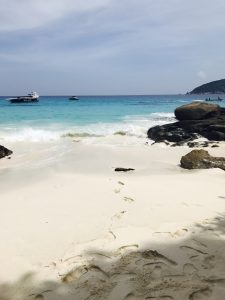 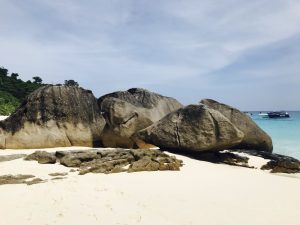 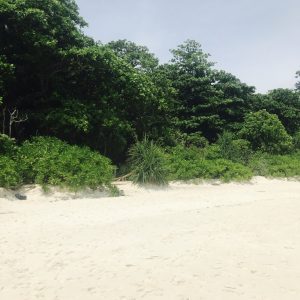 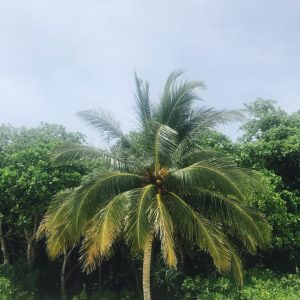 It didn’t stop us enjoying the day, we visited the other islands, snorkeled in 3 great spots, saw the entire cast of finding nemo, and even saw a rock in the shape of Donald Duck! 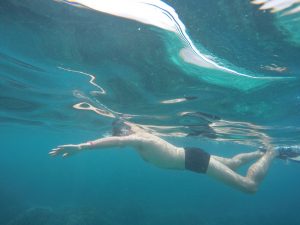 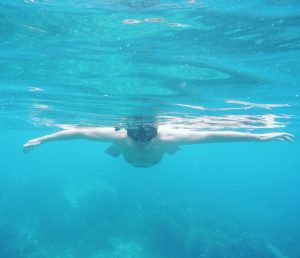 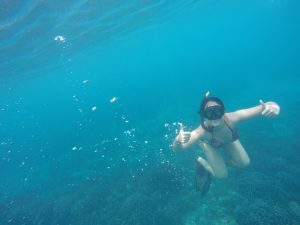 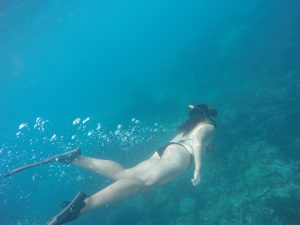 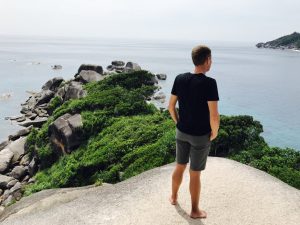 Checking out the incredible views from up high 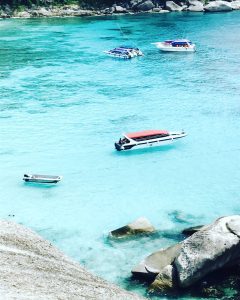 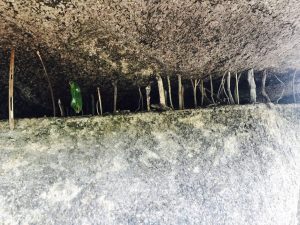 Huge rocks which appeared to be held up by sticks… 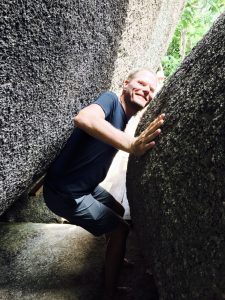 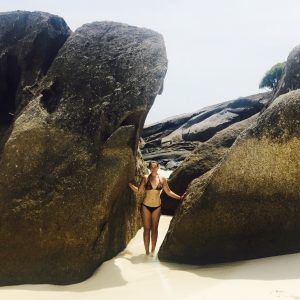 A great day, seeing the islands, and exploring some islands, we just wished it wasn’t such organised fun!