China is a country of superlatives. Everything is bigger and on an enormous scale! The people are ready and working hard for a better future. You can see it everywhere, in companies, the government and architecture. 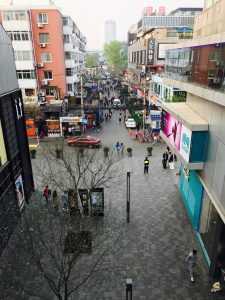 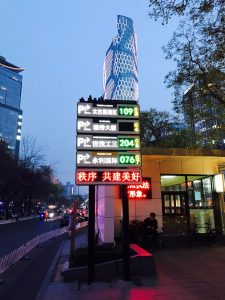 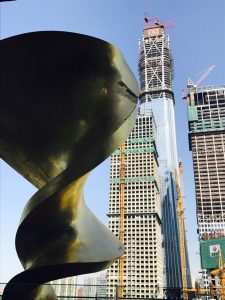 Companies have access to a billion customers, and even small start-ups think big. For example: a city bike plan to help fight pollution (and make money) starts with 250.000 bikes.

The government also introduces changes on a giant scale. A year ago I could not find anything vegetarian in China. After the plan of the Chinese government to reduce meat consumption with 50% (to fight obesity, diabetes and pollution), the city is littered with vegan options! 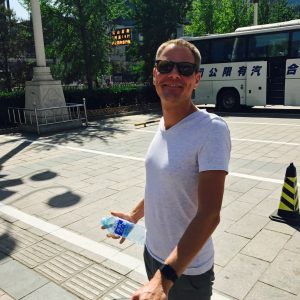 And you can see this progress in the streets. After a few months an area can completely be different. Bigger and better skyscrapers, buildings and offices are created with enormous urgency. That results in a beautiful and ever changing skyline with special architecture.

Most people know Beijing from the Olympic Stadium, but there is much more to admire. 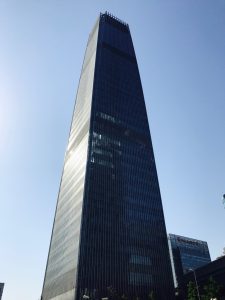 The skyscrapers get higher and higher 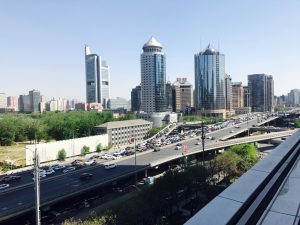 A blue sky is rare in Beijing 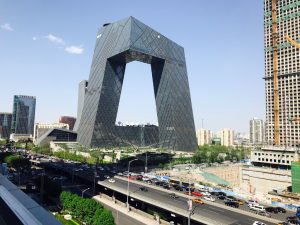 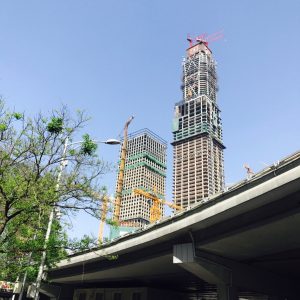 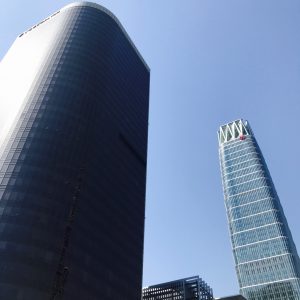 Some were still empty… 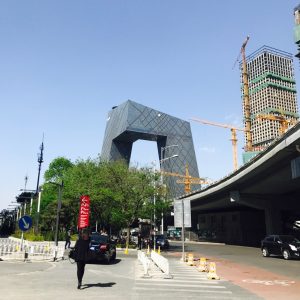 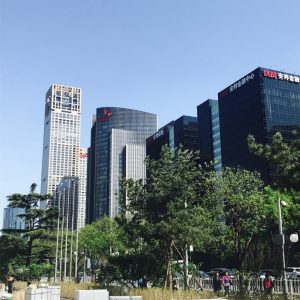 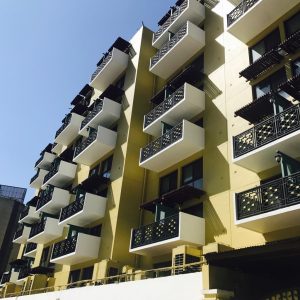 We liked these Spanish style balconies 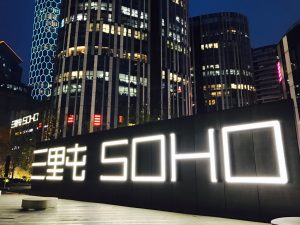 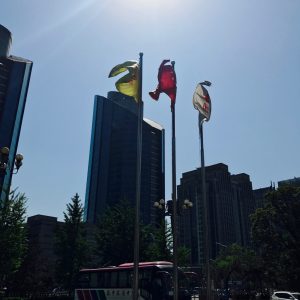 The famous Silk Market had it’s own building