The Great Wall of China

We wanted a hike, we heard of hiking the great wall, we were in Beijing… WE HAD TO DO IT! Organised again by Catherina Lu Tours, we set off early, to avoid the traffic, and head to the much recommended (and quietest) part of the Great Wall! It was around 2 hours from Beijing centre to reach Jinshanling, where we started. Trainers on, water packed, we were ready to start! 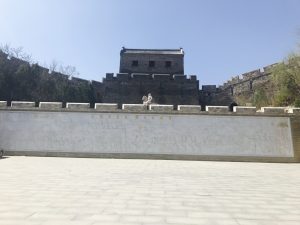 The Great Wall of China is a series of fortifications made of stone, brick, tamped earth, wood, and other materials, generally built along an east-to-west line across the historical northern borders of China to protect the Chinese states and empires against the raids and invasions of the various nomadic groups of the Eurasian Steppe. 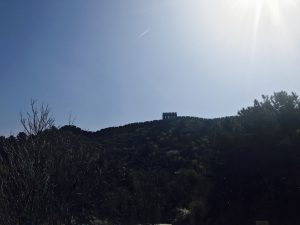 First glimpse of the wall! 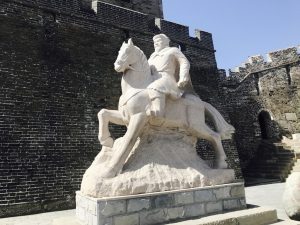 Several walls were being built as early as the 7th century BC, these mega old walls were later joined together and made bigger and stronger and are now collectively referred to as the Great Wall of China! 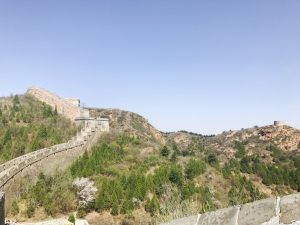 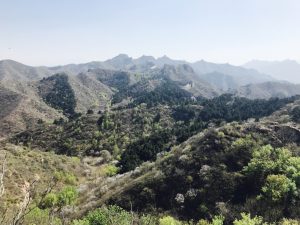 The Great Wall has been rebuilt, maintained, and enhanced over the years, the majority of the existing wall is from the Ming Dynasty (1368–1644). 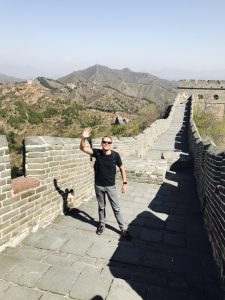 Steepest climbs and so many stairs – it was a great workout! 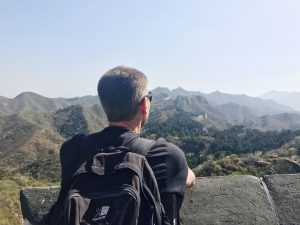 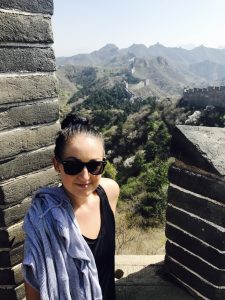 The great weather made for a great climb – it was nice to be outside the pollution of the city, and in some nature again amongst the rolling hills. 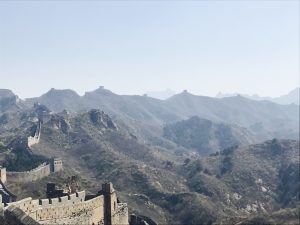 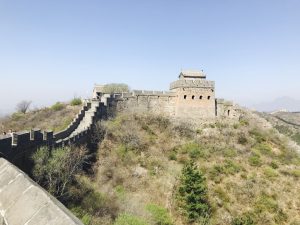 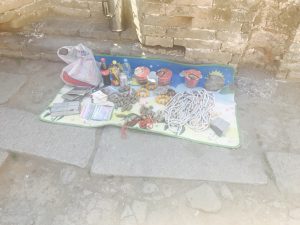 Many of the towers had a ‘tuck shop’, with a local person selling cold drinks and souvenirs. 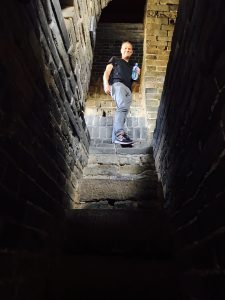 Climbing through small entries and stairs in the towers 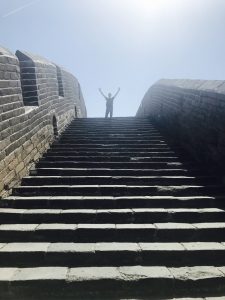 A small victory – the ups and downs kept on coming! 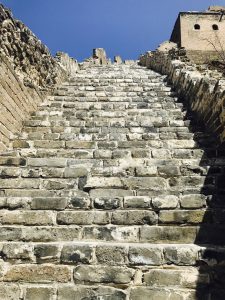 This looks like a wall, right? Its actually steps…look how steep!? 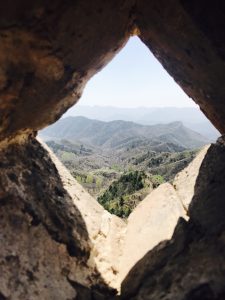 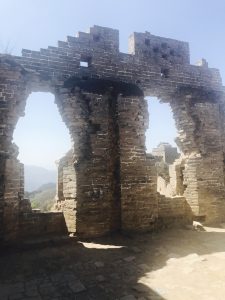 It was amazing to see and feel the original walls too, & imagining what they had seen over the years 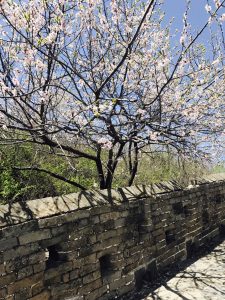 Blossom was growing on a huge amount of the wall, making it a perfect ‘old and new’ contrast. So much suffering had happened here, and yet the blossom stood tall, delicate and beautiful 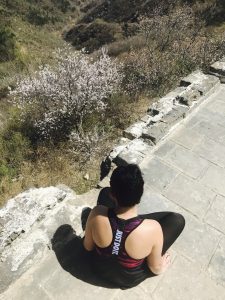 Everywhere I go, I like to sit and feel it, and just be silent there, especially places with great history. I think part of me just likes to soak it all in, or maybe I am becoming more of a hippy than I thought…