Reykjavik is Iceland’s capital, and indeed the worlds most northern capital, and with around 216,940 people, its not very big. 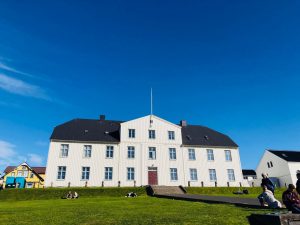 It seemed to be the place to be with locals however. Especially when we arrived for the marathon day! People came from far and wide to experience it, which was then followed by the cities cultural day, which saw the streets fill with people, drinking, partying and bands playing. I wonder if they do the marathon on the day before on purpose? 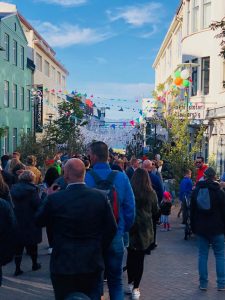 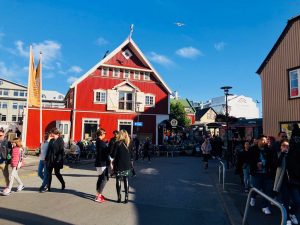 The city was filled with quirky little houses, a lot of them bright and colourful, with some grey builders scattered in between. 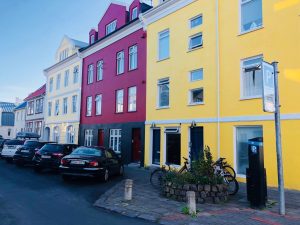 The contrast gave it a beautiful skyline, and we got great views from the infamous Hallgrimskirkja. 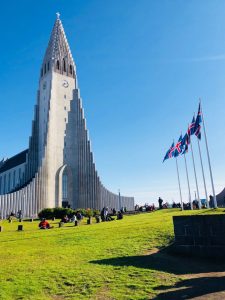 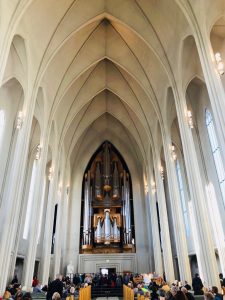 The church is 75 metres high, and already on top of a hill and was completed in 1986. Check out those views! 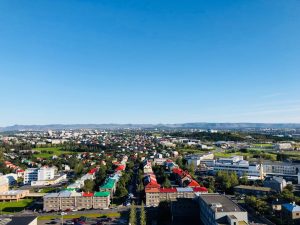 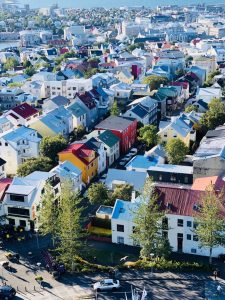 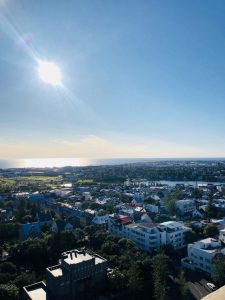 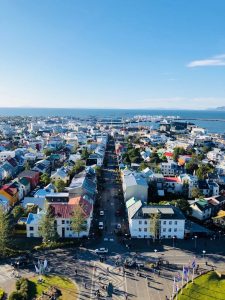 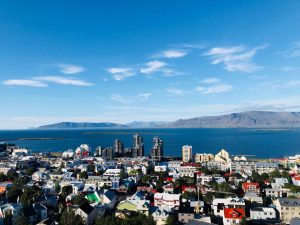 Also note: Michiel did this walking the same day of his marathon…KUDOS! 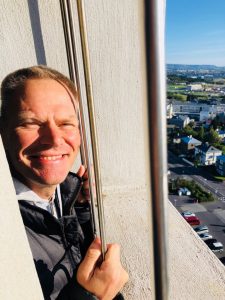 To us, city people, Reykjavik seemed small in comparison to what we were used to, but a nice place to visit, with plenty of vegan options too! Most menus having at least a few vegan dishes, which is great!

Definitely worth a visit, and to experience, but we were also looking forward to being on the road and the wilderness after a few days!