After cheering the rest of the finishers off at the Ironman finish line, we headed to have a well earned rest at the sea terrace in our hotel. As night came, so did the turtles! The sunset over the bay, with 6 huge turtles sleeping on the shore! So amazing to witness. A light shining down on the bay brought with it lots of fish, seemingly attracted to the light. Where there is fish, there are birds eating the fish. Still as a statue, he waited to catch his prey as they flocked the shallow waters. 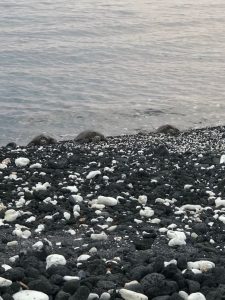 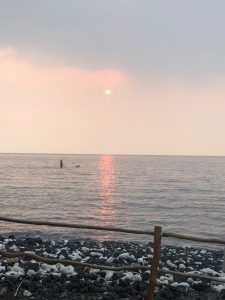 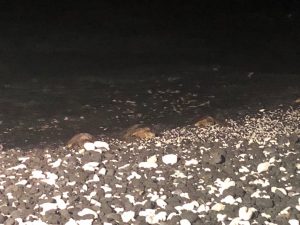 As we sat back down, we saw a huge shadow emerging in the water – what was it? My first reaction was obviously a huge killer shark. It was a manta ray! The waiter told us they often come to the shallow waters to feed at this time. It was so amazing to see them – swooshing around, with their mouths open, flipping and swirling through the water so majestically. 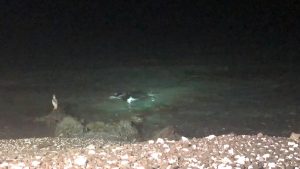 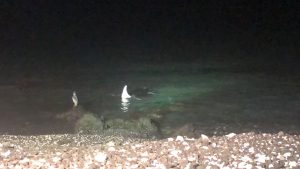 The next morning, we had to go snorkelling! Michiel has never snorkelled before, and I didn’t want to start this new method of breathing before Ironman, so it was a nice treat to go for a swim the day after, to ease the muscles, and relax, whilst staying mobile. As soon as our heads hit the water, the tropical fish were there. It took my breath away. Like a scene from finding nemo. All the colours, the fish, and the coral. Michiel cut his toe on a rock, and was then limping because of this more than the ironman the day before! 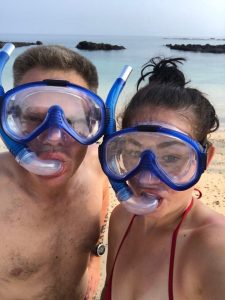 I know, we look great

As we turned the corner, we saw a turtle! It’s was so cool to see it in the water, so graceful and pretty fast considering they’re known for their slowness on land. I followed him with my eyes, keeping a good distance back so I didn’t startle him, and watched him do his thing. Unspoilt. 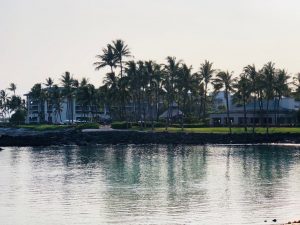 We went for another snorkel adventure the next day, and saw those amazing sights again before we left, it was so beautiful. I hope all the overfishing, plastic, and waste from humans don’t spoil these spots. Although we have an underwater camera, I decided I wanted to enjoy these moments without the lens. 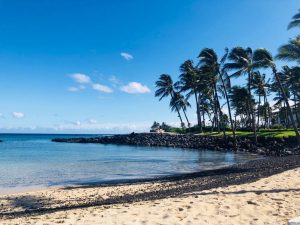