What better way to see Hawaii’s big island than on a helicopter!? So excited, we headed to the airport and boarded the chopper! 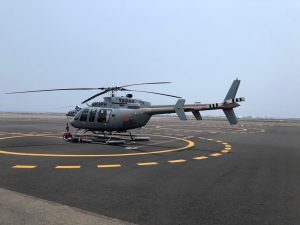 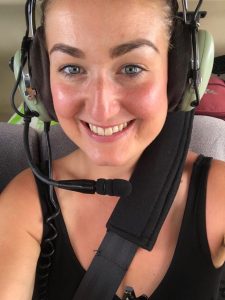 Many people were worried about the recent volcanic explosion in Hawaii before we came. Us, being us, weren’t phased, and excited at the prospect of seeing a real volcano erupting! We decided we had to see the island in a helicopter – and what better day to do it than after ironman – a real treat (and rest for Michiel’s legs).

Our pilot said we could fly over the erupting volcano today! As we head 180km across the island, going around the most amazing spots, we came to the eruption. As we came closer, we could see the lava oozing violently out of the rocks, smoke filled the air, and there it was, the full force of mother nature, in all her glory. The volcanic ash gave off a smoggy cloud, filling the helicopter with a weird smell. As we flew around it, the lava continued to bubble and erupt. 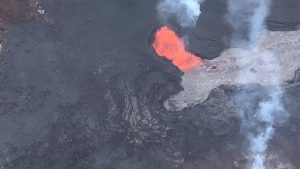 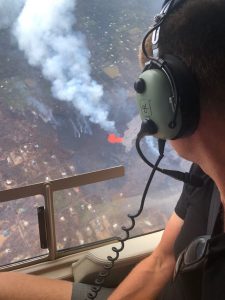 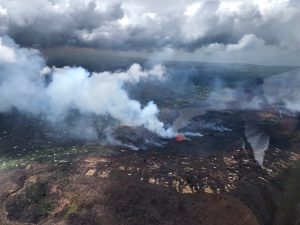 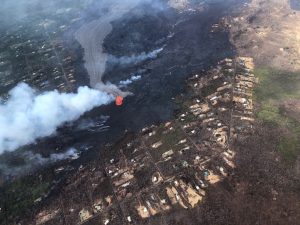 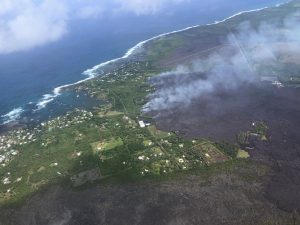 The devastation to the houses below was disturbing to see, and as we flew, we could see houses billowing with smoke and flames. Luckily, everyone who lived in the path had notice to move most of their things and themselves, safely away. The Ironman Foundation donated so much to these people, to help rebuild their houses, which was great to hear and be part of.

As we headed around the island, the views were just spectacular. The island has 11 micro climates, and in the helicopter, we saw many of them, so close together! On one side of the helicopter it was beautiful blue skies, and the other a tropical rain storm. Incredible. 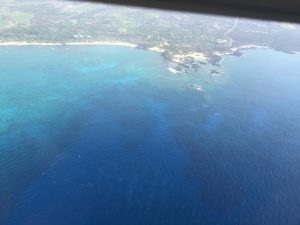 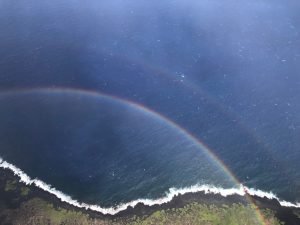 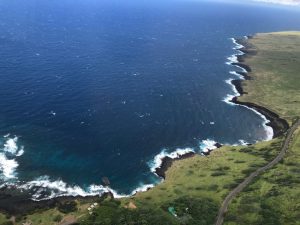 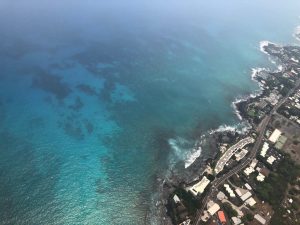 We came into some huge valleys full of waterfalls and greenery, which reminded me of the sounds in New Zealand, it was called ‘keyhole’, and as we entered, so did the near death experience of being shaken madly and dropping then rising, as the pilot held onto the controls and said we were hitting some cross winds. I am not dramatic at all. It was near death. 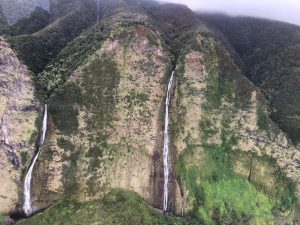 Once out of death valley, we continued along the coastline and with every new turn, a new ‘wow’ moment. It was a luxury to see the island from above, and all the damage volcanoes had done in the past here. The pilot also explained that nothing here except the volcanoes were Hawaiian. Even the trees were imported – this was literally a volcano island before imports brought animals, trees, humans and everything else! 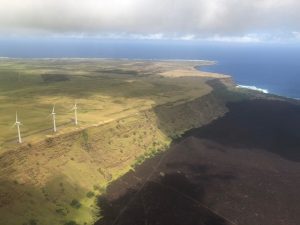 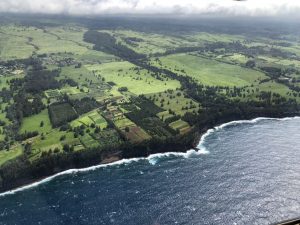 What an amazing experience! 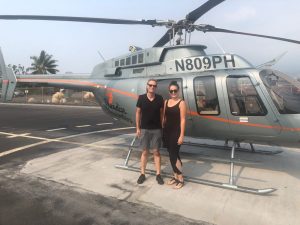