The big day. As much as I say this is just training for Michiel, not to take it too seriously, it was a big deal. It was the true testament to the fact he was back. Back ironmanning, back to full fitness. It meant more this time round, and as the day got closer, the nerves and feeling of excitement also grew. 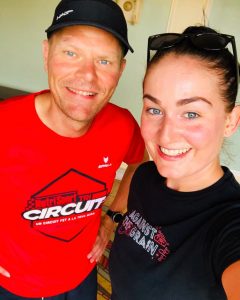 The organisation of the whole event was amazing – they really look after the athletes, and in the build up days we had everything in check. I walked around with my notebook and pen, making sure Michiel had everything he needed, ticking things off as we walked around the registration rooms. It made it so much easier that we were in the Fairmont, where it was all happening. 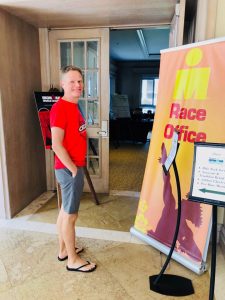 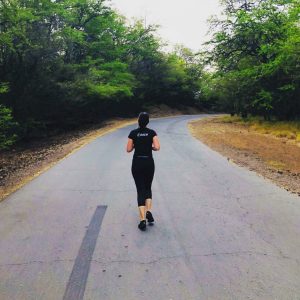 Joining Michiel for his day before jog

The night before, and the hotel had a buzz around it, the air seemed thick with anticipation, all the athletes greeting one another, wishing each other luck, and giving a nod. They were all part of something, that was great to witness! 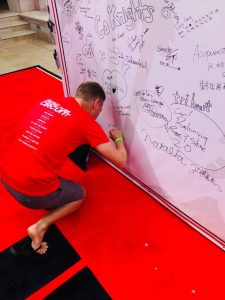 Signing the wall of fame

I knew Michiel could do this – but so much can go wrong in these situations. He has had some tough race conditions in the past, and the day before we went for a swim on the course to get used to it, the winds were brutal. Reassuring him this was not on the forecast for the next morning – luckily I was right. The sea was calm, the skies blue – perfect! As a trainer, on these race days, it is so nerve wracking. I couldn’t do anything else for him, I couldn’t help now – it was all up to Michiel. I just wait. 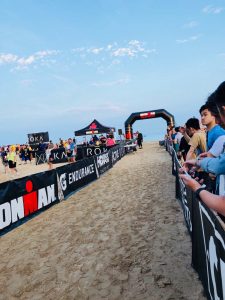 Watching him run into the sea so confidently already made me emotional – I think experiencing his ‘come back’ – through all the doubts, the accident, the pain – it was now that he could prove to himself that he is strong again. I was rooting for him. 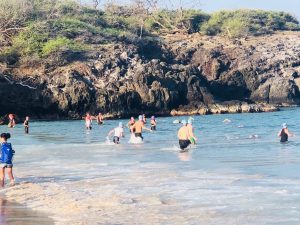 I kept my eyes on him for as long as possible, talking to him in my head. ‘Keep going, just keep swimming, enjoy it, you can do this, keep your eyes on the buoys, you got this’. At 40 minutes in, I could see him again. Swimming back towards the shore. Confident, great technique, not looking too tired – I knew at this moment that he had a great swim. Running back onto shore, I cheered as loud as I could, and followed him to his bike transition point. 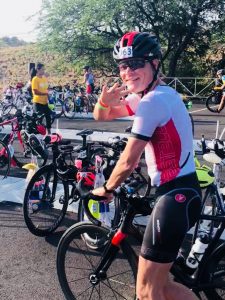 The bike course – one of the most challenging ironman courses there is, especially if there’s wind. He smiled his way onto the course, and I cheered goodbye once again. The next few hours is spent pacing up and down like an expectant parent. I simply never know what to do with myself. The bike course is impossible to watch, so I tracked him, headed back to the hotel, and waited not so patiently for the run transition, where he would drop the bike and head onto the half marathon. Again – talking to him in my head: ‘be careful, safety first, stop when you need to, enjoy it, you can do this’ 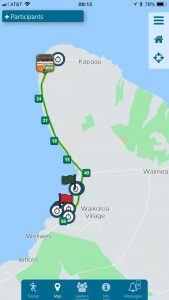 The atmosphere was electric – Hawaiian dancers, people cheering, an announcer – the whole thing was such an incredible experience. Everyone so friendly, asking about who I was cheering on. I even told some people who I got talking to about the journey Michiel has been on to get here – which inspired them so much! One lady even cried! 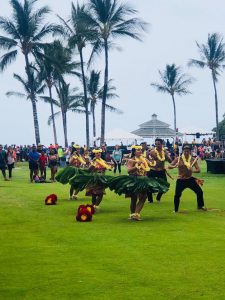 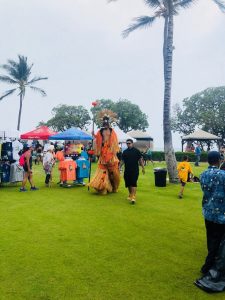 Transition time. How was the bike section? How did he do? We only ever have time for a quick pass by, but the smile on his face said it all – he’s killing it!!! Quickly into his run shoes, and off he went, on the hottest day in the world ever, to complete 21km running over grassy hills. I put myself at the point I knew he would need the most encouragement – half way. He came over to me, took a breath, and I encouraged him to carry on, he was half way there, he can do this. 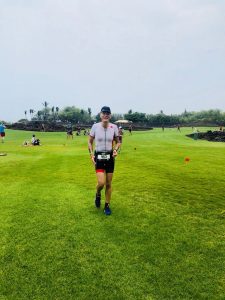 Tracking him, I knew he was close to finishing. Come on Michiel, one last push, you’re so close! At that moment, I saw him coming over the hill, around to the finish line. 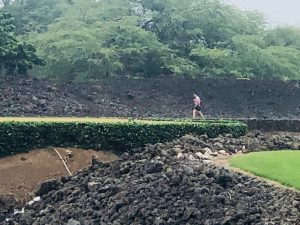 My emotion took over and I cried my way to the finish to greet him. Like a crazy person, I screamed and cheered (and of course took photos) as loud as I could! 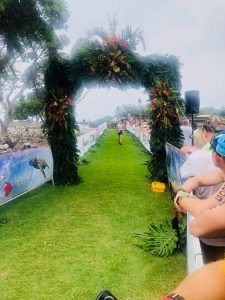 He did it! 1.9km swimming, 90km biking and 21km running. Through every obstacle. YES! As he walked through the finisher lane, trainer Holly kicked in, and I knew he had to bring his body temperature and heart rate down safely. 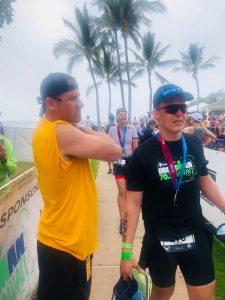 A short walk around, a rest and a million ‘you are amazing’s’ finished at the beer tent – and his efforts were rewarded with a vegan burger and a beer! 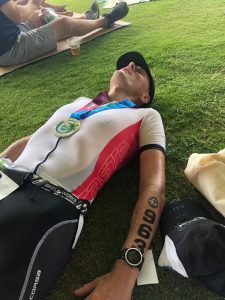 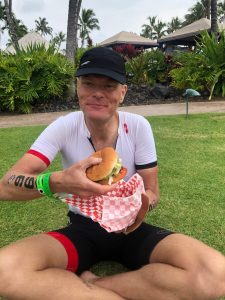 Team Against the Grain- once again nailed it! He’s defied the odds, and smashed this goal, and did it with a super impressive time of 6hrs 48m! I could not be prouder. 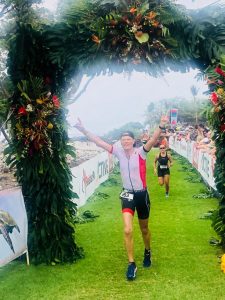 To stretch, or not to stretch?

North of the Big Island