Tapering. In basic terms means to slow down before a big race. It is a whole mind boggling world, and so many people aren’t sure how to, or what to do in their own personal tapering days.

With Michiel, I know his body works better when he does some, but not much training in his tapering days. Full rest is detrimental not only to his body (out of practice, feel foreign on race day to work so hard), but also for his mindset. We want him to feel ready. To feel rested enough, but also that he has moved his muscles, and his body is well ‘oiled’. Two weeks prior to the half ironman, we started to slow things down a little. An extra rest day a week, not so intense workouts, shorter bike sessions. Staying active, but listening to his body. Now we are a few days out, and enjoying the island with some shorter distance workouts. 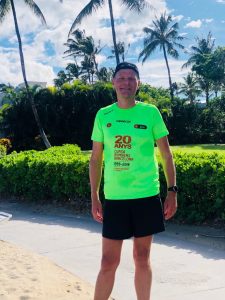 After his steady pace 5km run

A lot of people just run, bike and swim more in the build up to an ironman, with no real plan, no real goal, and just do more then stop, then race. For some people, this may work. For Michiel, I have to take into consideration that before two years ago, he had done nothing in his life that was this active. He had never swam before, totally starting from scratch. Biking level was just for getting from A-B, and running experience was as he puts it, just for the bus. This means he was more prone to injury, to fatigue, to burning out, and ultimately to not being physically ready enough to do any of the things we do. 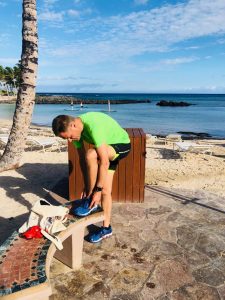 As Michiel had never had any strict regime before, it was also important to have it all laid out for him, to check off his daily task, and be held accountable by someone else, me. 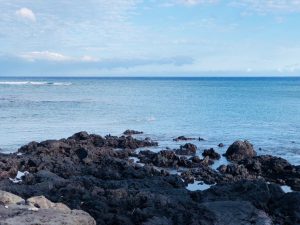 That small splash you see? Michiel!

After his accident, the training had to be brought back slow, with doctor recommendations, and step by step. Although it seems such a long way away now that he was only floating in the small pool, and in such pain, it was just 9 months ago. His fitness took a hit, and although we stay super positive on our social media, and on here, he has had some seriously tough physical and mental barriers to overcome over that time, that have got him to this point today. 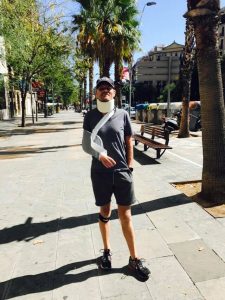 The first walk after his accident last year

The half ironman won’t be easy, but I know he can do it. We aren’t going for a specific time, just to cross that finish line, and to have the achievement of doing such a monumental thing after all he has been through will feel like first place for us. All of this is so much more than just a race now, and I am so excited support him with this, and many others. Plus, where better to complete it than in beautiful Kona, Hawaii, on one of the toughest but most incredible ironman routes… wish him luck! 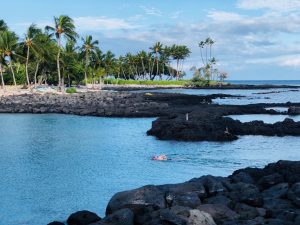