The Westfjords is a large peninsula in northwestern Iceland. It lies on the Denmark Strait, facing the east coast of Greenland. It is also home to the westernmost point of Europe & Iceland. On the search for some puffins (with the chance they may have already migrated), we headed to the point, which has an impressive, well known line of several cliffs, 14 kilometres long. 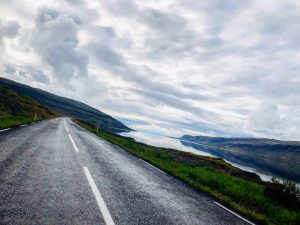 On the road there, we were WOWed at every corner. Truly spectacular scenery. It was so nice to park up, turn the car off and just sit listening, to nothing. The serenity from silence and just a few birds chirping was incredible. Somehow the silence of these places in nature always manage to inspired me. Leaving me feeling refreshed and happier. 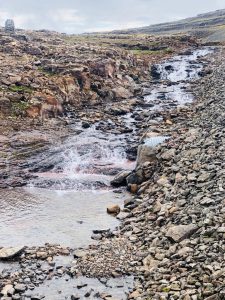 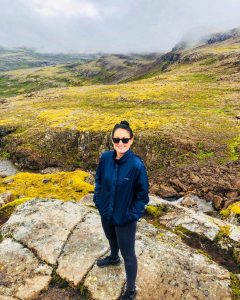 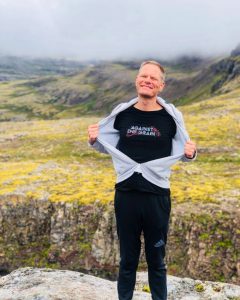 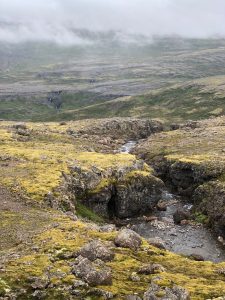 Inside the clouds, waterfalls everywhere 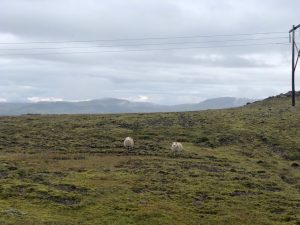 Look at those lines in the rocks, years of the earth moving – so impressive!

We stopped for a break at an isolated location, with a small cafe and shop, to refuel ourselves. Astonishingly, they had a few very good vegan options on the menu, so we ordered the pizza (Yes – vegan pizza, in the middle of nowhere!), and a salad, to go. It was delicious! The perfect on the road treat! 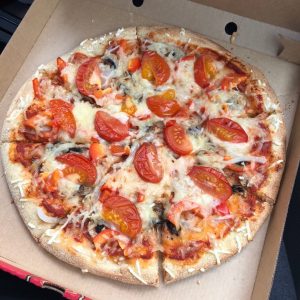 Since the marathon, Michiel has not been training as intensely as usual. It is important to recover from such races, but also in general every 5-6 weeks I plan a ‘drop week’, which means a lot less intense than other weeks, for his muscles, mind and body to relax a little, recover from all the training, and then come back fresher. Saying this, I am also conscious of him still being active, so after being on the road most of the day, we stopped at this famous west point, and had a long, refreshing walk along the cliffs. I was terrified one of us would tumble over the edge, it was pretty high. We didn’t. 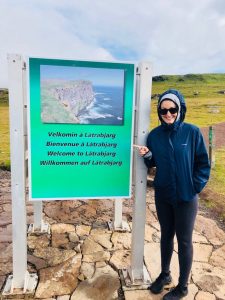 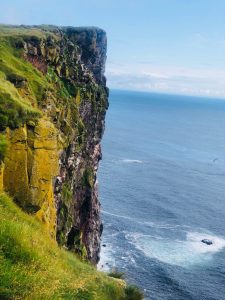 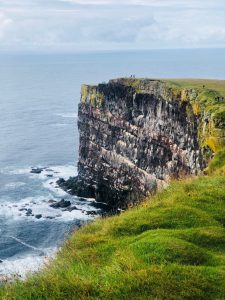 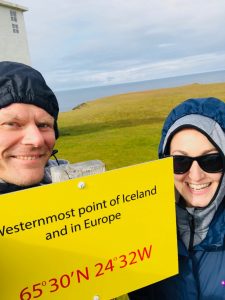 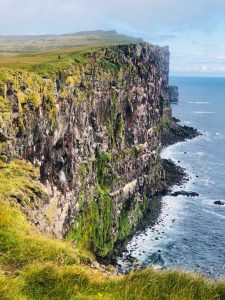 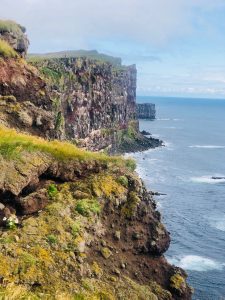 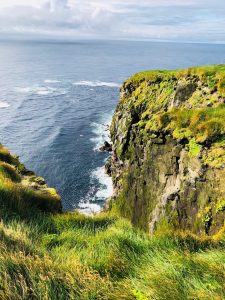 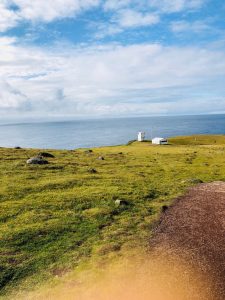 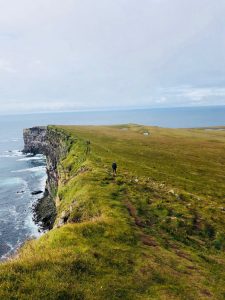 Really amazing views and well worth a visit – I am so glad we came up here on the roads less travelled, the more remote areas are the best! Although we didn’t see any puffins – it seems they’ve all emigrated now, it was a great walk, and the best views! 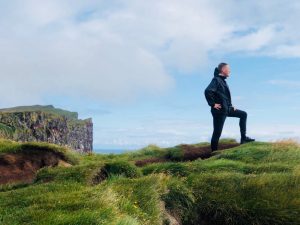 The king of the world!

Planking in epic places? Nailed it!

The car had fun getting here! 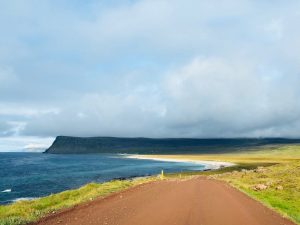 We even saw beaches on the drive here. 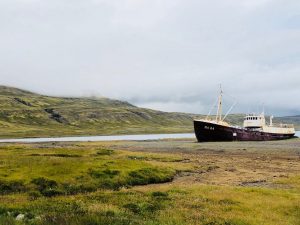 A shipwrecked boat lies in one of the bays, weirdly beautiful against the natural backdrop.