Next stop, the Forbidden City! We were so intrigued by this place! On entry, the colours were so beautiful, we were excited to explore. This ‘city’ was the Chinese imperial palace from the Ming dynasty to the end of the Qing dynasty—the years 1420 to 1912. It now houses the Palace Museum. It served as the home of emperors and their households (including all the empresses and emperor’s concubines…) 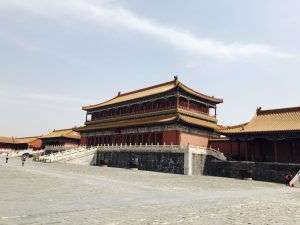 Constructed from 1406 to 1420, the complex consists of 980 buildings and covers 180 acres! The palace complex exemplifies traditional Chinese architecture, and has influenced cultural and architectural developments in East Asia and elsewhere. The Forbidden City was declared a World Heritage Site in 1987, and is listed by UNESCO as the largest collection of preserved ancient wooden structures in the whole world! 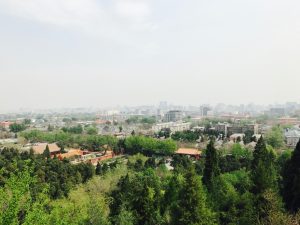 The view from the top of the highest temple in the Forbidden City, overlooking Beijing 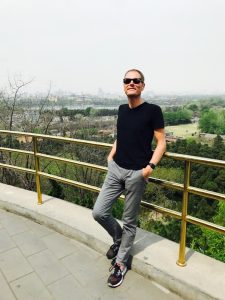 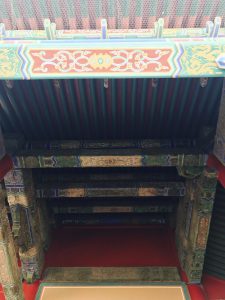 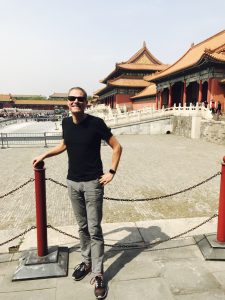 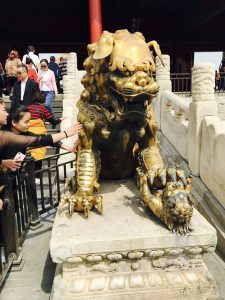 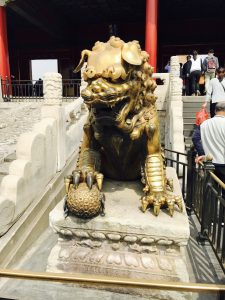 The female and male lions, one with the baby beneath her her claw, the male with a ball 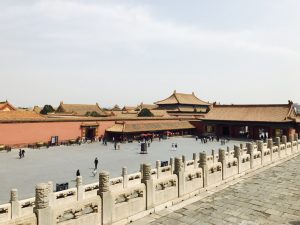 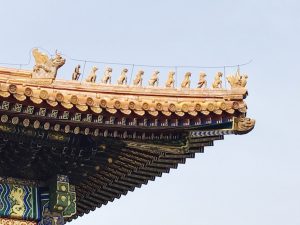 Chinese imperial roof-figures or “walking beasts”, are these statuettes placed along the ridge line of official buildings of the Chinese empire. Only official buildings (palaces, government buildings, and some temples) were permitted to use such roof decorations.

In between usual animals, will be mythical beasts, usually an odd number of them. The mythical beasts are set to pounce upon the man and devour him should he stray from performing his duties with faithfulness and rectitude. 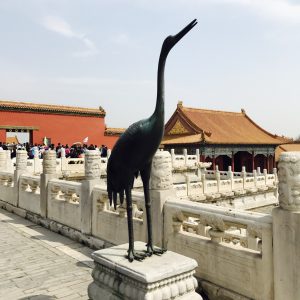 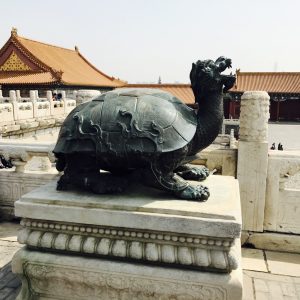 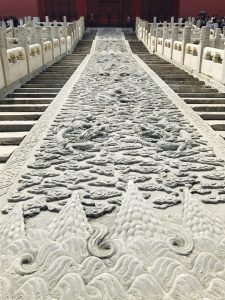 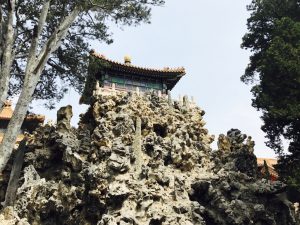 The Emperor liked these rocks so much, he got his people to make a mountain from them! 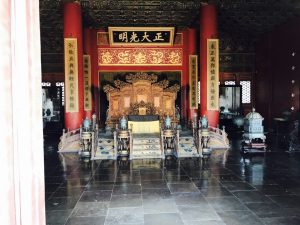 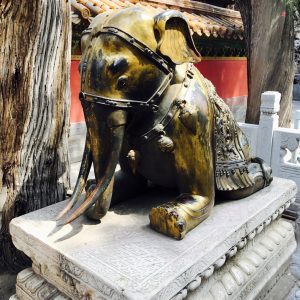 The Lucky Elephant – people rubbed it as they walked past, to bring them luck 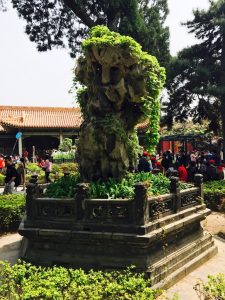 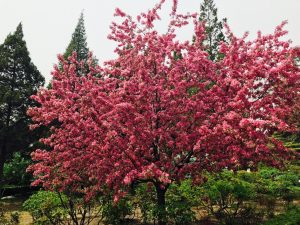 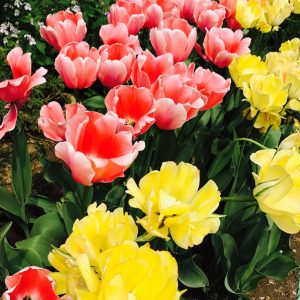 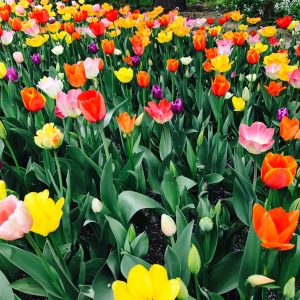 The Gardens surrounding the Forbidden Palace, were beautiful. Filled with blossom, high trees and tulips. The smell of fresh flowers was amazing as we walked through.

Well worth the visit! Even just for the beauty and colours all around.

Whale Watching in the Fjords

From LA to Hawaii