Church of the Saviour on Spilled Blood

With such a dramatic name, this place lived up to the expectation of being magnificent!

The Church of the Savior on Spilled Blood was built on the actual site where Emperor Tsar Alexander II was fatally wounded in March 1881 – this is why it is named ‘Spilled Blood’, very literal…The church was built between 1883 and 1907 and was constructed by the imperial family. 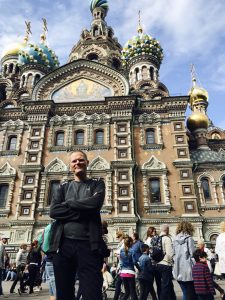 In 1881, as Alexander’s carriage passed along the embankment, a grenade thrown by an anarchist conspirator exploded! Alexander, who wasn’t hurt at this point, then decided he would get out of his carriage and start fighting with the culprit! Then, another conspirator saw an opportunity, and took the chance to throw another bomb, killing himself and mortally wounding Alexander, who was bleeding heavily, and was taken back to the Winter Palace, where he died a few hours later…

A temporary shrine was erected on the site of the attack while plans and fundraising for a more permanent memorial were undertaken. 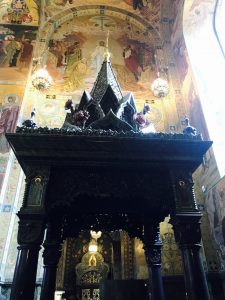 In order to build this permanent shrine on the exact spot where the assassination took place, it was decided to narrow the canal so that the section of road on which Alexander had been driving could be included within the walls of the church. 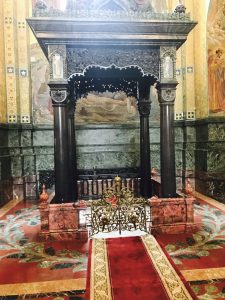 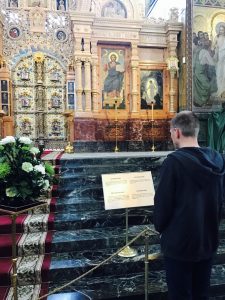 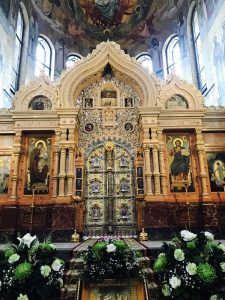 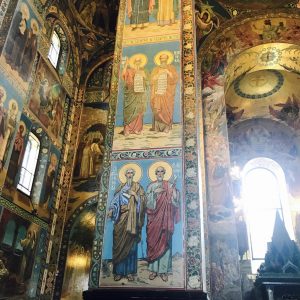 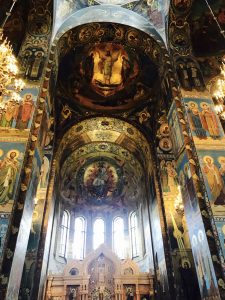 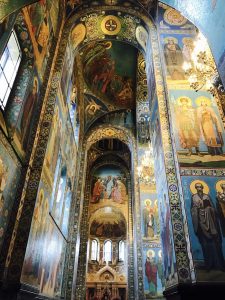 A bloody tale, but a truly beautiful building/shrine – I hope people go to this much effort when I die!