Marathon day! Finally! And with the history of my knee & the fact I never ran 21k before, pretty exciting. But the most exciting: running through the streets of Pyongyang!

After an early start, it began in the stadium. Packed with 50,000 North Koreans and a handful of foreigners. There was a section for people with suit and red tie, a section for women in colourful dresses, and a lot of others. Although they must have been sitting there for a while, they all cheered when we came in, what a great experience! 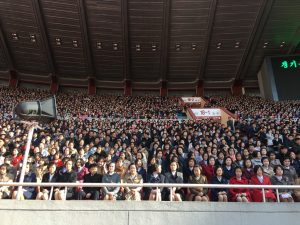 The run started, the sun was shining and the people were standing at the sidewalk. Some did not get the memo to cheer; at some points it was eerily silent, so many people and not a sound. After a while they got more enthusiastic and waved and shouted hello and high fived. There was no traffic at all, in the whole city. It was so weird and special to run there at that time. 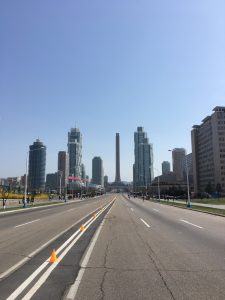 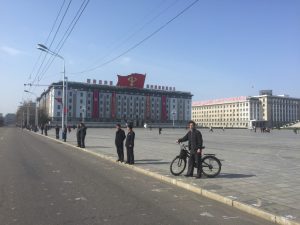 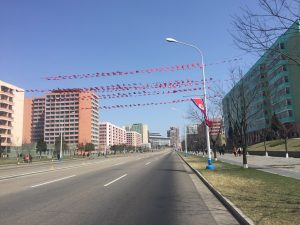 The route was well organised and running was great, lots to see, time flew. Until after 16 km, there were some declines and my knee started to hurt again. Oh no! Giving up was not an option, so the last kilometers I put on some music, straightened my back, put on a smile and went for it. 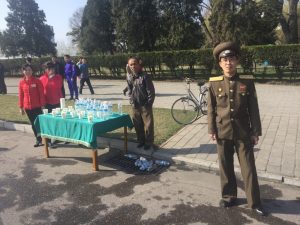 There it was, the stadium! I felt a mixture of emotions, relief that the race had ended, and also sad this amazing experience was over. Or was it? Holly was standing at the entrance and shouted: “Yay, amazing, but you have to do another lap in the stadium before the finish line!”. 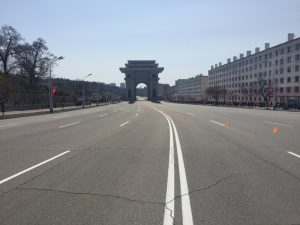 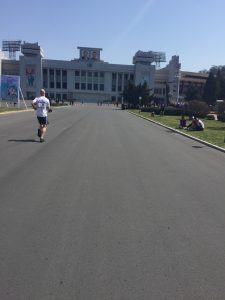 The stadium! Almost done! Or at least that is what I thought here…

My face must have been clear about how I felt at that moment, thinking I was at the finish line already, because she spontaneously jumped over the fence and started running with me, the last round through the stadium! 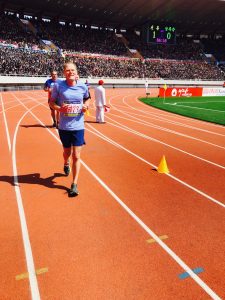 That helped, I got the extra energy boost, and the 50.000 people in the stadium cheering. Now that was the proper way to finish this extraordinary marathon! 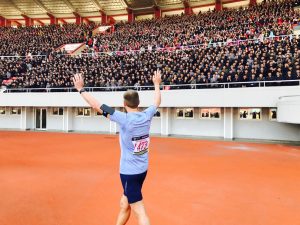 My time: 2.18 for the half marathon including a lot of pictures and a trip to a bathroom! (Strava stats here) 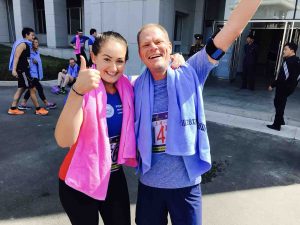 See Holly’s version of the day!