The Okavango Delta. We had been told about this place by most people we had met so far in Botswana. How it differs from the dry Deception Valley & Kalahari. In June 2014, the Okavango Delta became the 1000th site to be officially inscribed on the UNESCO World Heritage List.

Another tiny plane later, we started our descent into the Delta, and were already amazed. 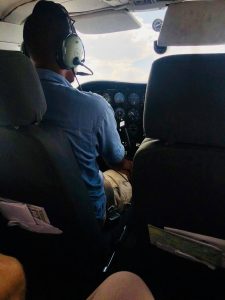 Our pilot pointed out of the window, and the once dry land below us, changed into the most beautiful water ways – stretching and winding around thick greenery. Elephants grazed and splashed in the water below, cooling off from the midday sun. Wow. It was like something from a film! 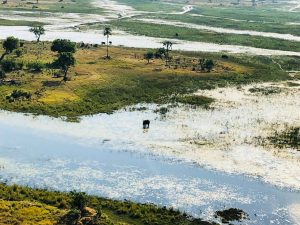 In Botswana, the Okavango River never reaches the sea – after travelling over a thousand kilometres from the rain-soaked highlands of Angola, it simply spills onto Botswana’s Kalahari sands and slowly dies. It creates the best home for the animals who come here, and each year over 200,000 animals migrate from the baking desert to this gigantic lush oasis.

BK, our new guide, welcomed us into the Delta, and directed us through some bushes to our form of transport for the next few days – the Mokoro. 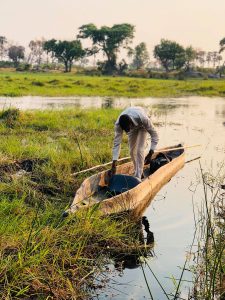 Mokoro’s are traditional here, and have been used for many years, carved from tree trunks by hand, using axes. We were later told by other guides that (according to them), they were banned in a lot of places, as they were so dangerous around the animals in the water. The notoriously angry water buffalo, the huge grumpy hippos and 3 metre long crocodiles, for example. I am glad we were told this information after our visit to the Delta. 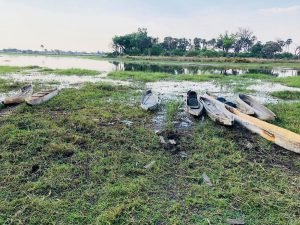 BK was very proud of the fact he had not taken a month to carve his, like most of the locals, but instead him and his brother had completed this one within a week, working day and night. So he could be the talk of the village.

We hopped onto our Mokoro with BK, and headed for the Delta Camp. We had been searching so hard for elephants in the Kalihari, and seen a few, but here, we were suddenly just surrounded by them. What beauty. Everywhere we turned, elephants were in the water with us. 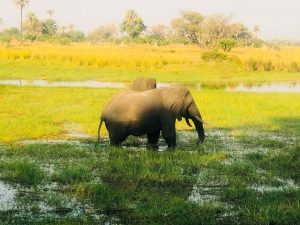 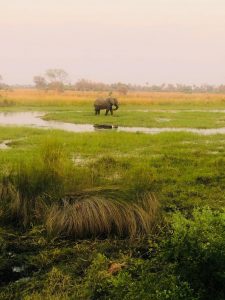 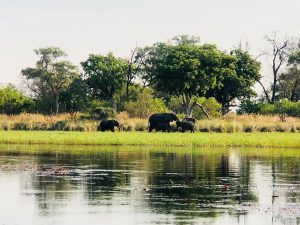 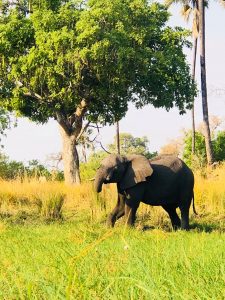 Matriarchal groups with their babies, bachelor groups, keeping away from the females. They all seemed to have a different character, with the young being clumsy, almost falling over themselves to keep up with the adults. Mesmerising. I think we will like it here.