The day came for us to see Pyongyang by arial view. After having our first experience in a helicopter in Franz Josep, and loving it, we were excited to do it again!

Waiting at the airport, it was only us in the whole building! They opened the shops and airport, just for us. The bomb basket was also an interesting addition. 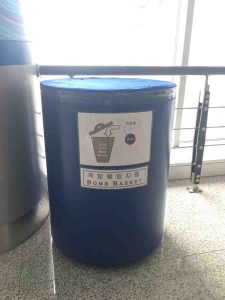 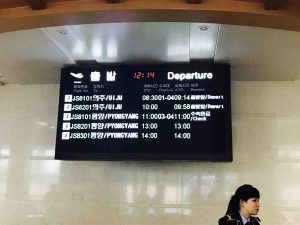 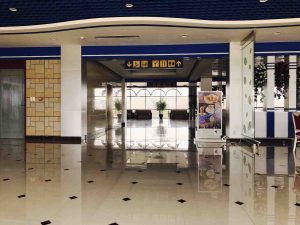 A whole airport, just for us…

Heading over to the soviet aircraft, it was bigger than I thought it would be. We were expecting something similar to the helicopters we all know, leather row seats, headsets, only speaking through muffled microphone, you know the ones. What we got inside, was something we were totally unprepared for… 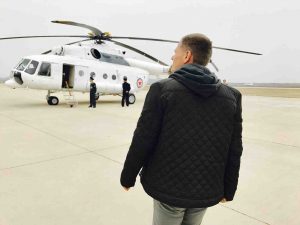 Walking up the steps, the first surprise was the door into the main ‘room’, it was clearly an old bathroom door, complete with door handle and lock. It then opened up into what I can only describe as an old ladies living room in the 60s. We laughed for a full 10 minutes before taking off, this was so weird. Look at it! 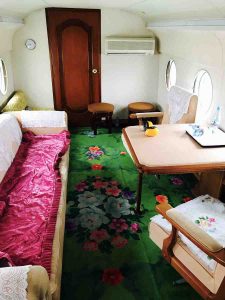 After the laughter of the subsided, we were off! (with some giggles at the doilies and grandfather clock on the wallpapered wall along the way). 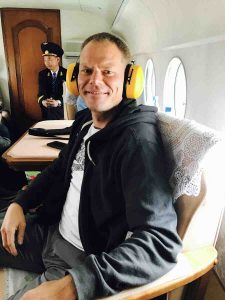 The earmuffs were just for show… 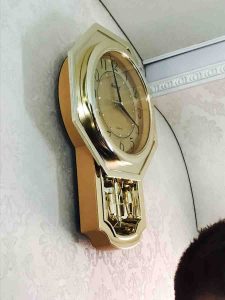 The grandfather clock, every helicopter needs one

Seeing Pyongyang by helicopter was great – we saw the rural fields, the military bases (a chosen one I think..), the hotels, main river. It was a fantastic (and hilarious) experience to say the least! 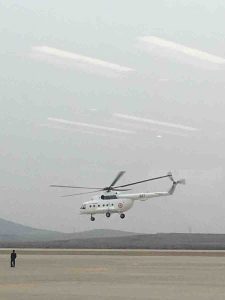 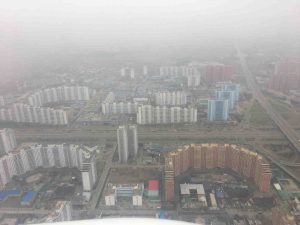 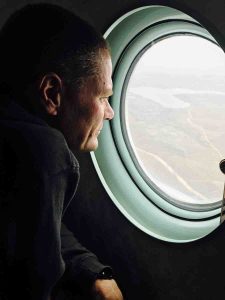 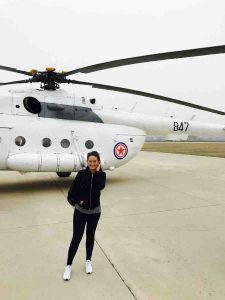 From Russia, with Love!