Restaurants and other creative companies in container boxes. A great idea, which we had also seen in London. Saint Petersburg also has a space like that, but bigger. Lots of container restaurants to chose from! 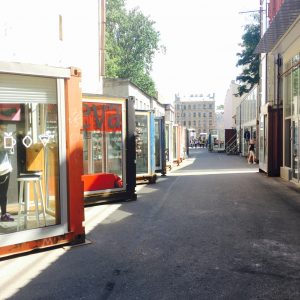 We chose Veggie Box. A fitting name! Russians sometimes mix vegetarian with vegan but Veggie Box is ran by vegans themselves, they have an English menu and it was packed with people, always a good sign.

We came in, ordered a pizza & were told it would take 15 minutes. We used that time to walk around and have a coffee and a smoothie in establishments in nearby containers. Back to the pizza, ‘all-in’, with all their ingredients in it. And it was delicious! Just the perfect pizza! 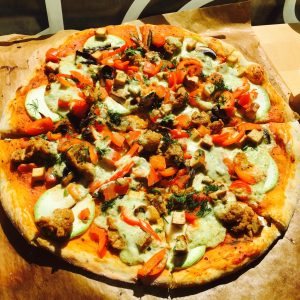 The day of the triathlon, after the race. I needed protein and lots of it! So we went back to Veggie Box sample some other menu options. We chose a different burger each, and a wrap with sausages inside. Perfect! I wish there was a Veggie Box in every city! 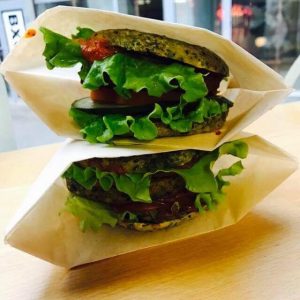 We must have been a bit bewildered. Race day, remember? When we were finished with the compliments and ready to pay the bill, we discovered we did not bring enough cash! And they don’t accept credit cards! We searched every pocket and still came up short. The staff were nice enough to sent us off accepting our apologies with a smile. Thank you so much, guys! We left, slightly embarrassed, and searched for a bar that accepted cards, to celebrate my first half ironman race! 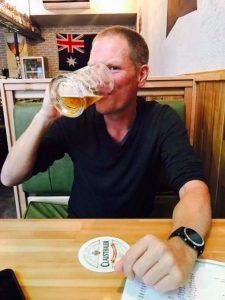