I missed this dish. Spanish tortilla. A Spanish tortilla is a very much like an omelette – both of which off the menu since being vegan. We had tried it a few times in vegan restaurants but never thought of trying to make it. I mean vegan egg. How?

We came across VEGG. 100% plant-based egg replacement. Using only natural ingredients. Sceptical. But worth a try! Researched some recipes, and came up with our own, it was time to see whether this could live up to our high expectations. 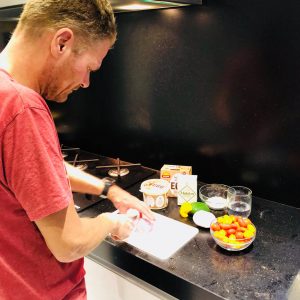 A mix of vegetables you like – we used mushrooms, peppers, onions & tomatoes

Boil the potatoes & then chop them into slices 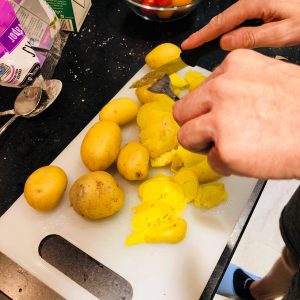 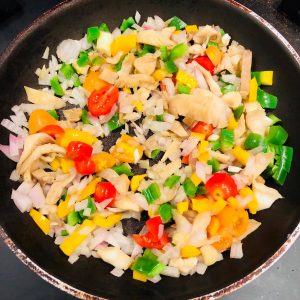 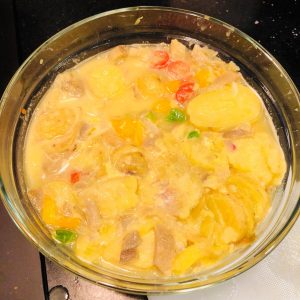 Transfer mix to a pan, and cook on a medium heat for 15-20 minutes until cooked through (may be useful to transfer to under the grill to cook the top part better) 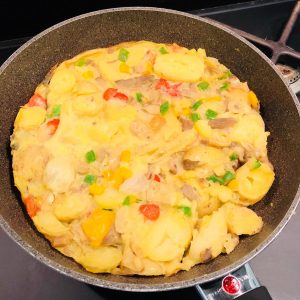 Flip over once putting it on the plate, and serve with some crunchy salad! 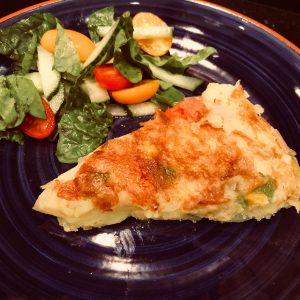 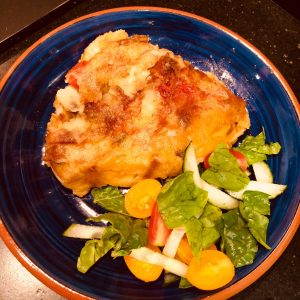