At this stage of training, Michiel is more than ready for an olympic distance triathlon. The distance is 1.5km swim, 40km biking and ending with a 10km run. As you know from our training, he is smashing these distances and more, in single and even double transition sessions. But, up to now, has never done all three, back to back……

The test was set. We tapered for a few days beforehand, bringing down the training, staying rested but active, stretching and made sure he felt mentally and physically prepared. As well as testing Michiel’s body, this was also a test of all the nutrition we had used in previous training sessions. Gels, bars, water – we had to test it all in a realistic triathlon environment.

I had decided on the route, and although it wasn’t an organised event, I tried to make it as realistic as possible, 7am start, let’s go! 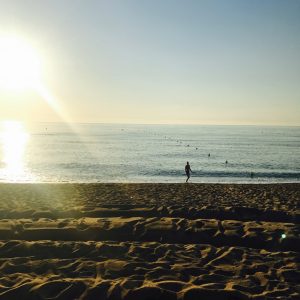 When we started training, swimming was a worry. But with all the training, confidence building, courses and being in the water, Michiel smashed it. It was such a pleasure to see him in the water, gliding confidently, and almost hearing his brain ticking over, doing everything right! He finished the 1.5km in a respectable 39 minutes!

A short transition and change on the beach, it was time to mount the bike, and head off for 40km, along the coast of Barcelona! 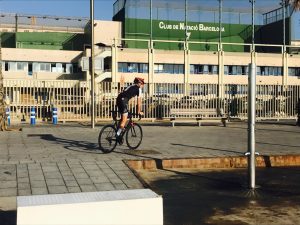 Fantastic work – 1hr 29m, and although this wasn’t Michiels fastest, we identified some issues, and know what to work on for future speed!

Next up, the last step, 10km running. With new shoes too! Quick water and refuel before pounding the pavements. 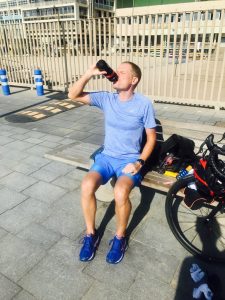 10km, after the swim and biking, 1hr 03m. NICE WORK! I cannot tell you how proud I was of Michiel this day – he did the whole triathlon with a great positive attitude, totally concentrated, and motivated. It is so great to see all of his hard work and determination pay off. We have a half ironman distance next month, and I have no doubts he will continue to not only make me proud, but smash his own boundaries and expectations in the build up to the full ironman in October! 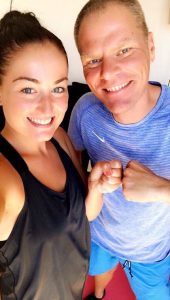