A beautiful sunny day in Barcelona. Michiel was off on a bike ride, the last big one before tapering began for Ironman – just 5 weeks away from our target!

We use a tracking app so I can see Michiel’s progress during his rides, and today was no different. I watched as he went along the coast. He messaged me with an update at half way, I told him to take it easy on the way back, that this wasn’t race day. I would meet him at his house, with a protein smoothie and the mat out ready for stretching. Just like always. 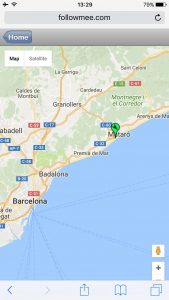 Tracking him along the way

I noticed the tracking app had stopped working. Or Michiel had stopped. I put it down to bad signal, and refreshed every few minutes. Only 5 minutes from finishing though, he is just around the corner! I waited on the balcony for him to come, with my phone ready for our standard finishing pictures. I noticed what a nice and peaceful day it seemed as I starred at the road below, waiting for him to arrive. 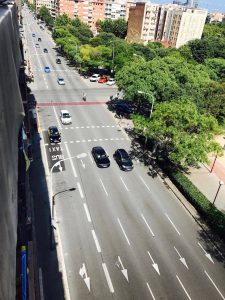 He is really taking his time in this last stretch I thought to myself, checking the app one last time. The app started to load and the panic set in. The tracking app said he was at the hospital. I called him, text him, thinking the worst, then trying to rationalise – maybe he helped someone else who was injured, maybe his phone has been stolen, maybe he has fainted because he was too hot, and gone for a check up? But why didn’t he answer the phone then? What was happening?

A few minutes later, the police called. Michiel had been in an accident and I needed to go straight to the hospital. I knew nothing. In a total blur, I arrived, the waves of sheer panic were becoming more and more intense. Where is he? How is he? What had happened?

All the Spanish I knew suddenly disappeared in the moment. They didn’t tell me anything. As I was just a friend, it was difficult for them to disclose everything to me. All I knew, is he had been hit by a car, it was very serious.

Finally, after hours of desperately trying to get some information, not knowing exactly how he was, I was allowed to speak to the doctor, and see Michiel.

The news on how serious the situation hit me hard. The doctor warned me before seeing Michiel, as he was in a bad way. Luckily I had my friend on hand for support, and I walked into intensive care. To see him lay there, motionless, with just the machines bleeping around him was surreal. I felt so much guilt for sending him on the ride, I was just using all of my energy to hope, wish, and even pray that he would be okay. 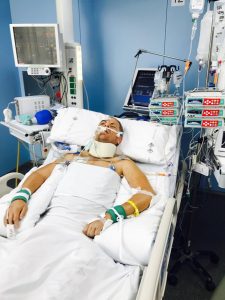 The coming weeks were spent by his side, helping where I could. The machine came out that was breathing for him, and the doctors were nervous if he was strong enough to breathe for himself. The proudest moment, was when I saw Michiel breathing deeply for himself again. He listened to me, even in his sedated state, explaining how to breathe like I do in every training session. The staff even said we made a great team!

Over the past year, Michiel has become so much more to me than just a client, he is my best friend. I am happy to be able to help him now, at this crucial time – to stay positive, and stay healthy. I am so proud of him! 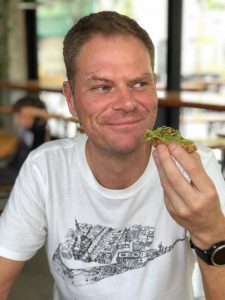 We have our first lot of challenges this week, 6 weeks after the accident. To go for a short swim, and walk 5k steps per day. Very different challenges to what we were doing, but we adapt, and come back stronger. 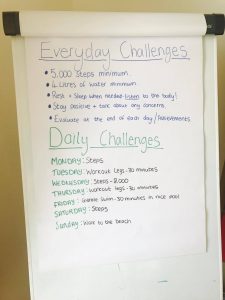 His optimism and determination is inspiring, and we will continue to update you with all the ups and downs in this long road to full recovery. 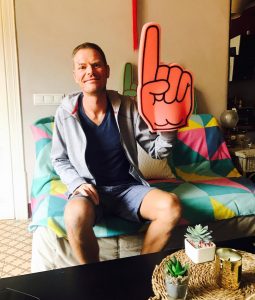 Celebrating a walk earlier this week

A huge thank you for all the well wishes and support you have all sent Michiel over the past 6 weeks – it has helped so much! 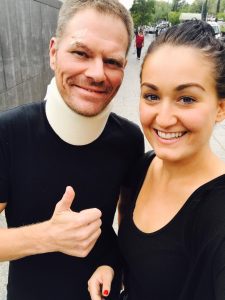