Runkeeper said it was time for new shoes. I tracked 500 km in them, and some more. I also wanted to know if something had changed since I bought my new shoes, as I am running more and more. So I visited Runners World in Groningen, Holland, where I was given a coffee and introduced to Ben.

Ben took a good look at my shoes and agreed I needed new ones. I never put out the sole to dry, after a run, and it was totally gone. This has impact on the shoe! Always dry and inspect your soles and change them in time, to save your shoes. 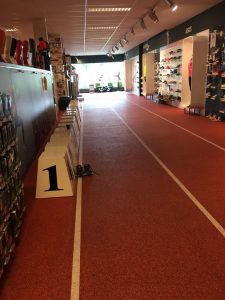 Ben made me run in the store, they have a special track, in different shoes, and showed me the results on the monitor. My ankle still leaned inwards. My legs still are X-shaped, and I still needed shoes that support me on the inside. Good to know! 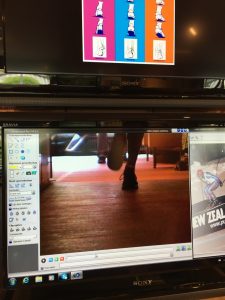 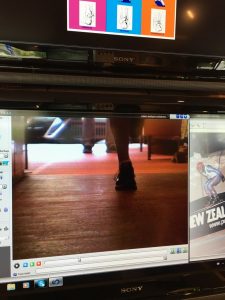 Ben asked me lots of questions, he was a runner himself and had won lots of small races. He was very interested in our travels and how I was able to afford that. He was also very impressed of me doing Ironman, and said he will follow our adventures in the future! 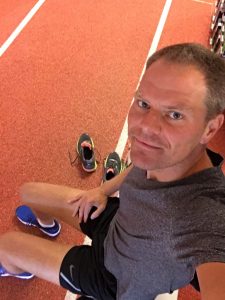 Ben advised to buy Mizuno shoes. I agreed, and really liked them, because they were blue. And also because they felt good 🙂 So I did. 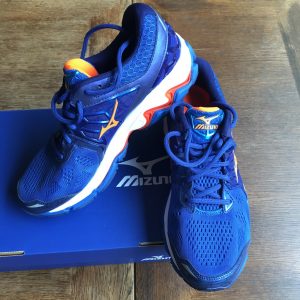 I also bought a Flipbelt, a belt to put my phone, gels and other things in while running. Ben was amazed and I felt a bit proud that I needed the smallest size.

Runnersworld has a project where old shoes can be sent to the hospital, where revalidating people learning to walk again, can use them. I gladly donated my Saucony Everuns to them, I will miss them and hope someone will like them as much as I do!

I finished my coffee, said goodbye to Ben and walked outside, where my mum and sister were waiting, to hear my story and visit a vegan restaurant nearby!